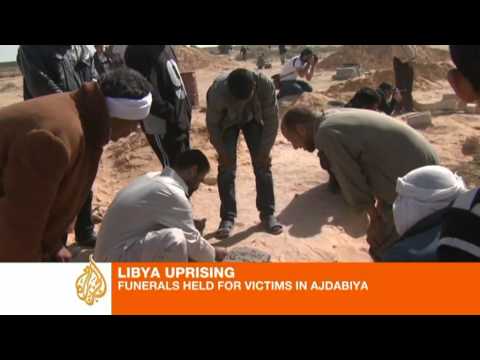 In a major push west, rebel forces in Libya are said by Reuters to have taken the major petroleum and refining town of Ras Lanuf on the Mediterranean coast east of the capital of Libya, consolidating their control over the east of the country and its resources.

While there continue to be Qaddafi regime attacks on eastern cities, these appear either to be mere skirmishes or still-ineffectual bombing runs. There was an explosion at an arms depot at Benghazi, the center of the rebellion, on Friday, but is not clear whether it was an act of sabotage or the result of an accident. BBC reports that shops close up early in Benghazi and people are cautious about going out, so life is still hard in the rebel-held territories.

In the west, pro-Qaddafi forces continued their attempt to roll back the rebels around the capital, attacking liberated Zawiya and engaging in fierce fighting with anti-Qaddafi crowds and military defect0rs, in which some 30 persons were killed and more wounded. Both sides were claiming control of Zawiya, just to the west of Tripoli, as night fell Friday, which likely means that the city is divided.

ITN reports on the fighting in Zawiya:

In Tripoli itself, on Friday evening thousands of pro-Qaddafi civilians rallied at Green Square. But in the working-class suburb of Tajoura, hundreds demonstrated against Qaddafi after Friday prayers before being dispersed by troops using live ammunition. Tajoura is said to be without pro-Qaddafi police or security forces, and essentially not in regime control.

If it is true that Ras Lanuf has fallen, then the momentum still seems to be with the eastern rebels, who have been supporting themselves and sending reinforcements as they have extended their sway toward the west and fought off (as in Brega/ Buraiqa on Wednesday) regime counter-attacks. That Ras Lanuf is an oil center with a major refinery makes it an especially valuable asset for the rebels. About 1 million barrels a day out of a pre-revolt 1.7 million b/d have been taken off the market by the fighting in Libya.