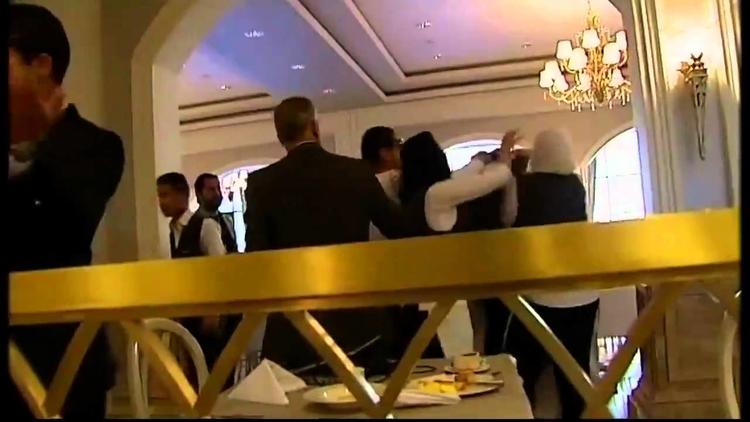 CNN reports that Libyan women in Benghazi staged a demonstration on Sunday to protest the alleged rape of Iman al-Obeidi by Libyan government officials in Tripoli. Al-Obeidi made headlines on Saturday by bursting into a Qaddafi government press conference and telling her story to the reporters. She was bundled away and disappeared, but on Sunday the government announced that she had been freed (this allegation could not be verified). ITN has video:

Qaddafi officials initially had attempted to smear al-Obeidi as mentally ill, but backed off the accusation when it was clear it had backfired.

The Benghazi women carried placards promising al-Obeidi that they were coming to liberate her. They said that women had faced such abuse for decades under Qaddafi.

AP reports that Libyan women in Tobruk also staged a demonstration for al-Obeidi, protesting the Qaddafi government’s alleged use of rape as a tool of political intimidation:

A physician in Ajdabiya says that he has been finding Viagra and condoms in the pockets of the bodies of pro-Qaddafi forces who fell in battle there. He is convinced that these material signal that the troops were systematically using rape as an instrument of war. Aljazeera English reports: