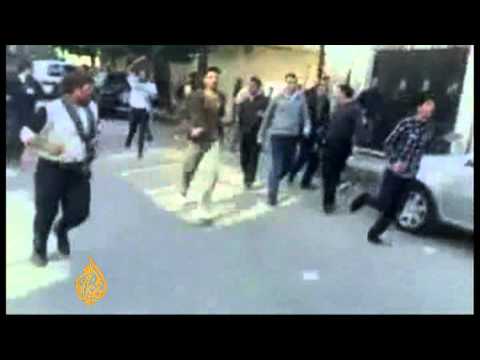 Smaller than expected protests were held in Syria on Friday that were nevertheless met with deadly force that left between 7 and 10 dead. An alleged 5000 come out in the southern city of Deraa and some 2000 in the Duma suburb of Damascus.

Al-Sharq al-Awsat says that for the first time there were also demonstrations by Kurds in Kamishli, demanding equality with Arabs. Syria (pop. 22 million) has some 2 million Kurds, who often see themselves as oppressed by the regime’s emphasis on Arab nationalism. Tens of thousands of Kurds had their citizenship taken away in the 1960s.