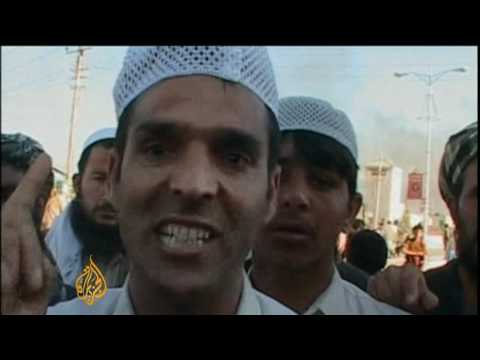 Some 2000 protesters came out in Qandahar on Friday, meeting police fire that left 9 dead and 73 injured, when they protested the burning of the Qur’an, the Muslim holy book, by a crazed American pastor. In the northern city of Mazar-i Sharif, thousands demonstrated, and a mob attacked a UN outpost and killed 5, with the same number of protesters being killed by police.

I think Afghan intellectuals and leaders know that Terry Jones is a minor nut job. But this issue allows some of them to organize to protest the over 100,000 US troops in their country, which is really what they are objecting to.

The decision of the Obama administration to do wide-ranging counter-insurgency rather than targeted counter-terrorism in Afghanistan has left that country full of frustrations with the US heavy footprint.