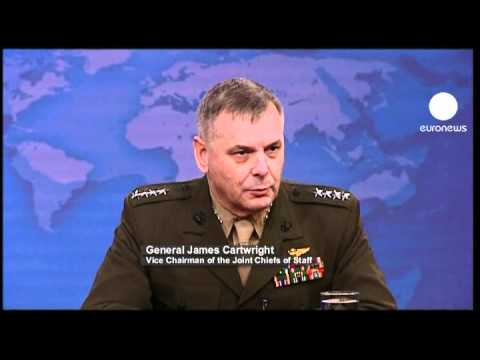 In the west on the Tunisian border, Berber rebel troops have taken a checkpoint and chased away 200 Qaddafi loyalists, who took refuge in Tunisia. The checkpoint is on a road that can be used to supply the Western Mountain Region of Berber towns who are in revolt against Qaddafi and who are under siege, including Zintain.

Libyan rebels in Misrata say that they have taken back portions of Tripoli Street, including some key tall buildings from which Qaddafi loyalists had been sniping at anyone walking below.

Evacuees from Misrata who managed to reach Benghazi speak of a humanitarian disaster there, with shortages of food, water and medicine and corpses lying in the streets.

I was asked why the rebel forces in Misrata seem to be such better fighters than those in Ajdabiya to the east. They have after all held out for weeks against a concerted assault by tanks and artillery. I presume that they have more defectors from the Libyan army in their ranks and that they are from local tribes who have a feud with the Qadadfa tribe of Qaddafi. But I’d be interested in learning more.

Euronews reports on the situation in Misrata:

The Free Libya armed forces in the east of the country, holding a position at Ajdabiya, say that they reject the notion of Western troops fighting alongside them. Good for them! Introducing ground infantry from Europe would be a political disaster and would lend ammunition to those who see the United Nations intervention as a form of neo-imperialism.

As for the drones, they should be run by the Department of Defense, and, if so, it is hard to see how their deployment is different from deploying fighter-jets against Qaddafi loyalists attacking non-combatants in cities.

War is a horrible thing, and I lived through long-term urban fighting in Lebanon in the mid-to-late 1970s. But there are other things that are sometimes worse than war. This intervention was called for by the Arab League, and has a United Nations Security Council resolution behind it, so it is legal and legitimate in the tradition of collective security. (I don’t disagree with those who argue that it would have been better for President Obama to get congressional authorization).

Those who complain about the course of the Libya intervention are being impatient or cynical. The intervention has saved Benghazi and other eastern cities from falling to Qaddafi’s tanks and jets. It has allowed Ajdabiya to be restored to rebel hands. It has allowed Misrata, Zintan, Yafran, Naluf and other Western cities to hold out against vicious attacks by Qaddafi loyalist armor.

These are very major achievements compared to the situation on March 11. Qaddafi’s heavy weaponry is being systematically destroyed and his capabilities being degraded.

Critics of the war are all over the place. Some on the right, such as John McCain, think that it is being fought half-heartedly and that the US should commit AC-130s and A-10 tank killers. Others on the right, like Mitt Romney, are complaining that the introduction of American drones is a sign of ‘mission creep’ and unclear strategy. Me, I’ll bet Senator McCain is happy about the drones. So the Republicans don’t agree with one another. So which is it? Is Obama doing too much or not enough? If the Republican field ends up divided on the answer to that question, then Libya will be neutralized as a campaign issue.

I think there is actually some benefit to the war not ending quickly with a swift Eastern conquest of the West with NATO backing. [I am not advocating that it be artificially prolonged, simply observing that it is going slowly and suggesting an analysis of the political meaning of this slowness.] That may be what happens in the end. But in my view it would be preferable for the elites in Tripoli to gradually be pushed back and surrounded and put under such pressure that they turn on Qaddafi and declare for Free Libya. That way you don’t have a permanent group of losers, like the Sunni Arabs in Iraq, who would tend to make trouble in the medium term if not the long term.

The fight may last a few more weeks and even months, but there is not much doubt about the outcome. In the end, the Qaddafis are toast, as long as the UN allies remain committed to protecting the Libyan population from them. It took a long time to defeat the aggressive, expansionist neo-fascist, Slobodan Milosevic, in the Balkans, as well. But who can doubt that allowing his rampage to continue would have resulted in more hundreds of thousands dead and in a destabilized Balkans that were a severe danger to European security? We don’t hear about the Balkans in the US press nowadays. It isn’t paradise and there are lots of problems, but it isn’t a crisis threatening global security. If in a couple of years we don’t hear about Libya, and the Qaddafis are gone, and there is an elected parliament, and no near-genocides or genocides have taken place, then this intervention will have been a qualified success.