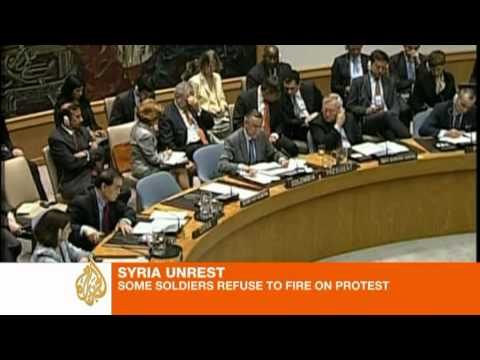 The Syrian regime of Bashar al-Asad’s decision to quell popular protests in Deraa with military force and live ammunition may have begun splitting his army. AP reports eyewitness accounts on Thursday that units of the 4th Army Division, headed by Maher al-Asad (the brother of the president), began firing on the crowds in Deraa. The 5th Division, comprised mainly of conscripts, opposed this step and tried to protect the people. Then the two divisions traded fire with one another!

The split is on a minor scale in an out of the way part of the country, but we social scientists look for signs of cracks in the military when there are attempts to open up the political system, because a divided military can aid the reformers.

The Deraa protesters insist that they are just a youth movement, and deny being Salafis or hard line Muslim revivalists.