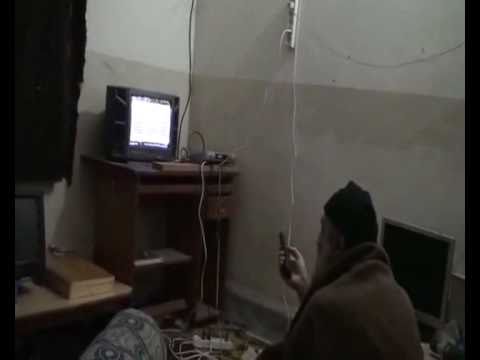 In this excellent Dawn article, rock musician Salman Ahmad of Junun explains why it is a great good thing that Usama Bin Laden was taken out.

Ahmad, who favors the mystical, often tolerant, Sufi form of Islam, said that few individuals in the past 1400 years had wrought as much destruction on Islam as Bin Laden.

Dawn quotes him as saying,

“On 9/11, those terrorists who flew the planes into the buildings overnight hijacked Islam so that anything that has to do with Islam, anything that has to do with Muslim culture, would be equated now with the face of Osama bin Laden. So he being taken out in a military operation I think is a great thing for the Muslim world as well as the planet.”

Ahmad’s remark about Usama Bin Laden putting his face on all of Islam in the eyes of the outside world reminded me of the newly-released video of the terrorist. I thought of Bin Laden’s narcissistic rocking back and forth as he eagerly devoured his appearance on satellite television. He was sitting in squalor, wrapped in a blanket against the northern Pakistani winter, naked electrical wires hanging from the ceiling. His hair and beard dye had worn off, his tacky golden-sleeved gown had been put away, and he was just a self-absorbed old mass murderer transfixed by his own face on the screen. How much he must have enjoyed hijacking the religion of 1.5 billion people and imprinting his ugly puss on it. There was something about his demeanor that reminded me of the way Anthony Hopkins played that other notorious mass murderer, Hannibal Lecter. Wahhabis conducted controversies about whether it is even permitted in Islam to show television images, and it is ironic that Bin Laden should have engaged in this form of ego-surfing and, frankly, shirk or joining a partner to God.

Rock musician Ahmad wonders why the military intelligence chief in Pakistan has not been forced to resign over the embarrassment that Bin Laden was living under the generals’ noses in Abbottabad. A 1990s rock song by his band on accountability was banned in Pakistan.

Ahmad mentions the destruction of Sufi shrines in the past few years by Muslim radicals in Pakistan. (I had thought that they were the work of Taliban, but I now have to ask if Bin Laden wasn’t in part behind these acts of desecration. Saudi Wahhabism is extremely hostile to shrines, just as Protestantism tends to reject Catholic attendance at saints’ tombs. The attacks on Shiites and Ahmadis would also be Bin Laden’s speed).

The famed musician points out that hostility by the narrow-minded and orthodox to mystics tends to be transcended over time. Thus, the medieval Punjabi Sufi poet Bulleh Shah was so hated by the clergy of his day that he was denied Islamic rites on his death. But now his tomb is a major site of pilgrimage (ziyarah) by the faithful.

Dawn quotes Ahmad on the radicals’ targeting of shrines: “They can blow up a shrine and get on the media radar . . . But despite their disruption, society has a resilience that is shown throughout the centuries.”

Here is Junun performing “No More,” their rock condemnation of terrorism (lyrics in English):

And here is Abida Parveen singing a Punjabi lyric by Bulleh Shah (there are English subtitles– wait for them). He warns against fighting an external Satan and ignoring the evil within yourself. This is wisdom to which Bin Laden remained blind.