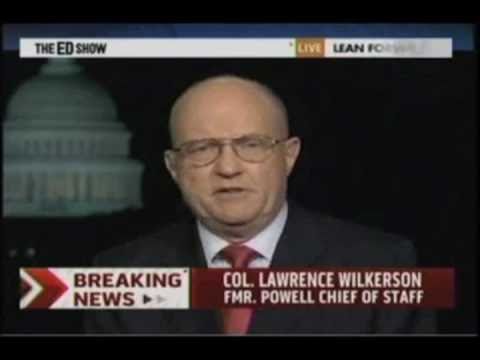 Here’s a link to George W. Bush’s cancelled trip to Switzerland last winter because of fear charges of torture would be brought against him. Wilkerson refers to the incident above.

A list of countries that have ratified the convention against torture, and which Bush and his colleagues cannot safely visit, can be found at the bottom of this page.

Isn’t it embarrassing to have an ex-president who cannot even travel to Europe (or most of the world) for fear of being arrested?

And, isn’t it even more embarrassing that the Europeans are willing to pursuit indictments, but the United States is not?