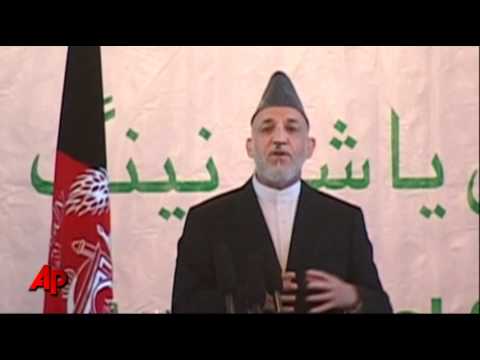 Outgoing Secretary of Defense Robert Gates was on CNN’s State of the Union with Candy Crowley on Sunday, and he sees a diminished American superpower on the horizon. Gates foresaw the winding down of the Afghanistan War, a slow grinding ultimate victory for NATO in Libya, fairly deep cuts in the war department budget on the horizon, but a residual force of American troops in Iraq. He again lambasted NATO allies for not keeping up with the massive US spending on armaments and military technology. He insisted on the US remaining a superpower, because of its interests in the world, and maintained that it has been a world power since the late 19th century.

While it is true that the US conquered the Philippines in the aftermath of the war with Spain in the very late 19th and early 20th century, it is incorrect to see the US as a great power in that period. Despite its one large colonial possession and its informal interventions in Latin America, the US was a relatively minor player in world affairs and had a small military. Holland, with its Indonesian possessions and its great navy, was probably of more consequence.

Gates’s idea of our historical arc distorts our history as a relatively un-militarized Republic until World War II and its aftermath, when we became a nuclear-armed behemoth. And enormous outlays on weapons, technology and war in just the last decade, as Karen Greenberg points out, further distort this arc. Rather than Gates’s steady state over a century, we should see US militarization as a steep upward graph with a stark vertical denouement at the far right.

Gates confirmed that the US State Department has for the past few weeks been negotiating directly with the Taliban. He seemed to expect something eventually to come of those negotiations. NATO allies are afraid that the US will go for a quick fix at the upcoming Bonn conference. It should be noted that the US government probably had preferred that those negotiations remain secret, but they were outed by our erratic and often hateful so-called ally, Afghanistan’s president Hamid Karzai.

As the Guardian noted, the direct talks with Taliban leaders are likely an outcome of the killing of al-Qaeda leader Usamah Bin Laden.

Outgoing US ambassador Karl Eikenberry blasted Karzai over the weekend in Herat for the various uncomplimentary things Karzai has had to say about the US in recent months, including branding them as on the verge of becoming foreign occupiers. Eickenberry according to State Department cables revealed by wikileaks thinks Karzai is flaky and “paranoid.”

The big debate in Washington is how many US troops President Obama should take out of Afghanistan this year, beginning in July. Senator Carl Levin has suggested 15,000. While it had been thought last year that the incoming Tea Party Republicans would attempt to forestall the drawdown, the Afghanistan War has suddenly become so unpopular that Republican presidential hopefuls are beginning to campaign against it. It appears that Obama will get pressure from both the right and the left to begin a relatively steep withdrawal. Gates clearly does not like this idea. He points out, though, that Obama put an extra 65,000 troops into Afghanistan, so there were be a lot of US military personnel in that country next year this time, no matter what.

Gates says he thinks Afghanistan will end as Iraq did, with the local government and army supplying just good enough security as the US draws down. There are many contradictions here. First, Gates doesn’t think Iraq is ready for a complete US withdrawal, even now. Second, the Iraqi military and Iraq officers and officials are from a literate, industrialized society and have capacities that their Afghan equivalents mostly do not. Third, al-Maliki leads the majority Shiites of the country and has good relations with the Kurds. Karzai’s constituency seems notably less broad, and the forces arrayed against him larger and more determined. Fourth, Gates’s conviction that 25% of Afghanistan is now under the effective control of the Afghanistan National Army and that turning over the rest of the country to it, province by province, is unproblematic, is probably wildly and uncharacteristically optimistic.

Speaking of Iraq, Gates is campaigning with Iraqi Prime Minister Nouri al-Maliki to make a deal to put some number of US troops into Iraq in January 2012, despite the Status of Forces Agreement that specifies all US troops out of that country by the end of 2011. Gates portrays Iraq as beset by radical Shiite militias acting on behalf of Iran, and maintains that they are now more dangerous than ‘al-Qaeda in Mesopotamia.’ The most active Shiite political movements in Iraq are, however, the most nativist, and they typically dislike Iran. That scruffy urban street youth in Nasiriya or Diwaniya following Muqtada al-Sadr can be seen as cat’s paws of an Iran they viscerally mistrust is a longstanding American fallacy. Iraq does not need US troops to protect it from its own majority Shiites. Al-Maliki himself is head of the fundamentalist Shiite al-Da`wa (Islamic Mission) Party, and has warm relations with Iran (even warmer since Wahhabi Saudi Arabia put troops into Shiite-majority Bahrain).

As for US troops being killed in Iraq, it is the very prospect of Gates succeeding in keeping them there that has caused violence against them to spike. When it was understood that they were leaving, the attacks on them declined enormously. (Likewise, the press to somehow keep Western troops in Iraq has caused renewed violence against Western interests generally. Today there was a bombing of a French embassy car in south Baghdad that wounded 7 Iraqis.

Although Gates professed himself optimistic that al-Maliki would ask for US troops for 2012, al-Maliki himself has kicked it to his cabinet, which is made up of representatives of the country’s major political blocs. I would give the chances of the cabinet coming to a decision on this matter in time for it to matter as low. That is, they will likely keep discussing the matter past January 2012 when all US troops are out, and then putting some back in would be a hot potato no one would be willing to take up.

Gates is worried about big across-the-board cuts to the Defense Department budget (which is as big as the next 20 or so countries combined). He says he has grown disillusioned with ‘wars of choice’ like that in Iraq, and says any president who goes to war again in Africa or the Middle East should have his head examined.

We are witnessing a belated fin-de-siecle in American confidence (or perhaps we should call it what it is, arrogance), exemplified in a tired old Realist ushering the US, a bit against his instincts, out of superpowerdom and into an age of limits and multilateralism. Even the Libya War, of the prosecution of which he has been bitingly critical, will turn out all right, he thinks, because NATO will stay in the fight and remain united. That is a multilateralist sentiment. It isn’t what we were hearing from Washington in 2003. One has a sense of an age passing, and to the extent that the age was characterized by unilateral adventurism, its demise will benefit us all.