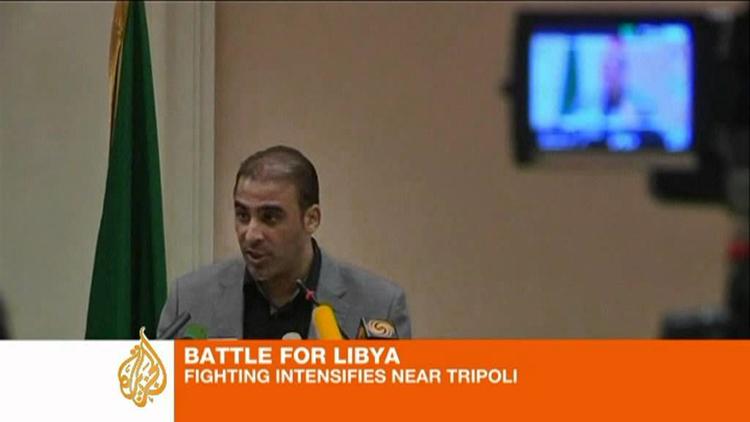 The allegation out there in the blogosphere that the United Nations-authorized intervention in Libya was driven by Western oil companies is a non-starter. The argument is that Muammar Qaddafi was considered unreliable by American petroleum concerns, so they pushed to get rid of him. Nothing could be further from the truth. Bloomberg details the big lobbying push by American oil companies on behalf of Qaddafi, to exempt him from civil claims in the US.

The United States in any case did not spearhead the UN intervention. President Obama and Secretary of Defense Robert Gates, along with the Pentagon brass, considered the outbreak of the Libya war very unfortunate and clearly were only dragged into it kicking and screaming by Saudi Arabia, France and Britain. The Western country with the biggest oil stake in Libya, Italy, was very reluctant to join the war. Silvio Berlusconi says that he almost resigned when the war broke out, given his close relationship to Qaddafi. As for the UK, Tony Blair brought the BP CEO to Tripoli in 2007, and BP had struck deals for Libya oil worth billions, which this war can only delay.

Not only is there no reason to think that petroleum companies urged war, the whole argument about UN and NATO motivations is irrelevant and sordid. By now it is clear that Qaddafi planned to crush political dissidents in a massive and brutal way, and some estimates already suggest over 10,000 dead. If UN-authorized intervention could stop that looming massacre, then why does it matter so much what drove David Cameron to authorize it?

An argument you sometimes hear is that the new Transitional National Council in Benghazi will be pliant toward Western interests. But Qaddafi himself had come back in from the cold and all sorts of deals were being struck with him by Western powers. Those who more or less support Qaddafi and wanted to let him roll tanks on civilian protesters has weaved itself into a pretzel with all these conspiracy theories, while conveniently managing to leave out of the account ordinary Libyans, so many of whom are willing to risk their lives to bring about the end of Qaddafi’s murderous and mercurial regime.

Aljazeera has an update: