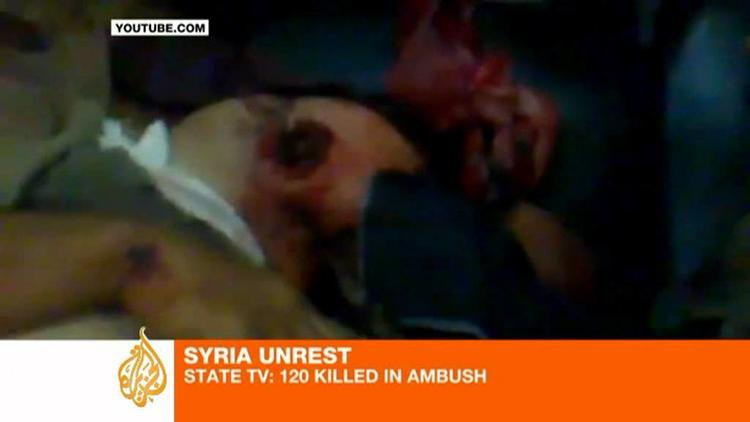 Americans live in a late capitalist society where the rich have gotten many times richer and the middle class has gotten poorer, where Wall Street bankers have stolen us blind and blamed us for living above our means, where persistent unemployment is worse than in the Great Depression, where most politicians and some judges have been bought by corporations or special interests, where authorities actively conspire to keep people from voting, where the government spies on citizens assiduously without warrant or probable cause, and where the minds of the sheep are kept off their fleecing by substituting celebrity gossip, sex scandals, and half-disguised bigotry for genuine news.

In the Arab world, masses of 20-year-olds have challenged their corrupt politicians and manipulative billionaires in the streets, demanding transparency, an end to arbitrary secret police, and free and fair elections untainted by influence-peddling and plutocracy. I have Arabic satellite t.v. on in the background most of the day, with its dramatic stories of personal risk and human tragedy and bold challenge to a rotten status quo. And I channel surf over to the American cable news and mostly find fluff or de-contextualized reports or, frankly, propaganda. So here is my life, the day’s news given synoptically, our news and their news.

Our news is about Sarah Palin not knowing fifth grade American history about Paul Revere, and her acolytes changing around Wikipedia to make her right.

Their news is about killing 5 US soldiers in Iraq with rocket fire. After the US pledged to leave Iraq by the end of 2011, attacks on American troops almost stopped. Now that Washington and the Pentagon are pressuring the government of PM Nouri al-Maliki to keep several thousand US troops in Iraq after Jan. 1, 2012, militias and guerrillas are again threatening to target US forces in that country; and not just threatening.

Our news is about a rich old French banker charged with assaulting a poor young Muslim maid in a New York hotel.

Their news is about armed rebels setting an ambush and killing 120 members of the Syrian security forces, as a months-long popular revolt in that country turns more serious than ever. Aljazeera reports:

Our news is about a six-term US congressman from New York who has been sexting.

Their news is that Yemen is on a knife edge over whether Ali Abdullah Saleh will attempt to return to the country after surgery in Saudi Arabia, with social violence and perhaps civil war looming if he does attempt to return.

Our news is about an American politician accused of misusing campaign contributions to hide his mistress.

Their news is that Free Libya forces have used light arms and sheer guts to fight off Qaddafi’s tanks, which had been shelling the southwestern desert town of Yefren, freeing it from bombardment and looming food and water shortages. Aljazeera has video:

Our news is about a state supreme court deciding whether workers in that state have a right to have a union and engage in collective bargaining.