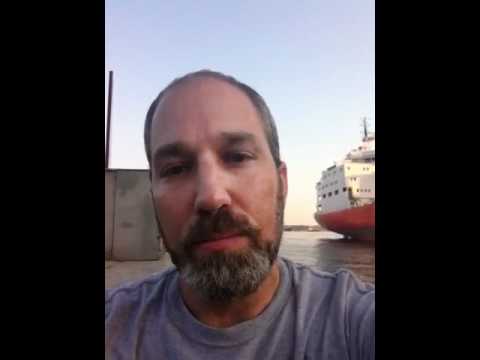 A new Gaza aid flotilla is set to take off from Greece on Sunday, including 600 persons representing 22 countries, on ten ships. Pulitzer-prize winning author Alice Walker is among them. (Swedish author Henning Mankell participated in the 2010 flotilla).

Yonatan Shapira explains why he is taking part in the new flotilla:

The US State Department shamefully fully supports the blockade and the collective punishment, and is threatening US citizens who participate in the attempt to break the siege of Gaza’s children (40% of residents are children). The Israeli Right wing portrays the blockade as a measure against the Hamas Party, which won the 2006 elections for the Palestine Authority. But blockading 1.5 million civilian noncombatants to get out a few thousand party activists and militiamen is illegal, especially for the Occupying Power (which Israel is, since it controls Gaza’s air and water and prevents Palestinians from entering a wide swathe of their own land).

Six congressmen wrote Secretary of State Hillary Clinton, asking her to protect American citizens on the high seas, after an Israeli commando attack on an unarmed aid vessel last year left 9 dead, including one American citizen. The letter came after the State Department issued its menacing statement against Americans who participated.

Since the blockade is both illegal and evil, and since the world Establishment, including the US government, is enabling it, it is only natural that upstanding Americans and members of other nations want to challenge it. It should be remembered that the Civil Rights movement in the United States was mostly illegal and its activists were frequently jailed, beaten, bitten by police dogs, and sometimes shot down by law enforcement.

Israel’s blockade of Gaza prevents the export anything produced in the Strip by the Palestinians that live there (including the 40% of residents who are refugees from Israel’s 1948 ethnic cleansing campaign). It also steeply limits imports. Over half of Palestinians in Gaza are food insecure, and some die every year because Israel won’t let them get out in time for specialized medical care. Unemployment is estimated at 40 percent.

On the ongoing medical issues see this report by Aljazeera English:

There is some money in some people’s hands in Gaza, because of remittances from Palestinian workers abroad and perhaps some surreptitious donations from Gulf oil sheikhdoms. Without NGO, EU and Arab charitable aid for those who are not entrepreneurs, the situation really would be dire. Most people have been thrown into deep poverty and unemployment by Israeli policies of collective punishment, which contravene the 4th Geneva Convention of 1949 and are a war crime that the State Department should be helping stop and punish, not supporting. State Department Foreign Service Officers asked to help contravene the Geneva Conventions should refuse and should blow the whistle on and sue whoever gives them that order.