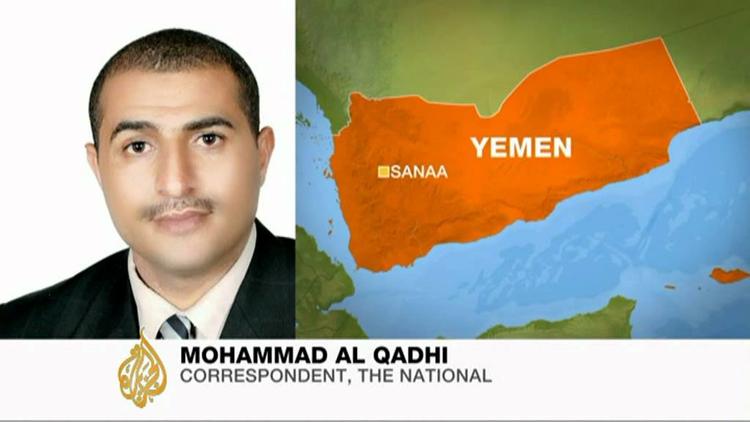 The Arab Spring began with peaceful protests in Tunis, Cairo, Alexandria, and elsewhere in the region, with masses of demonstrators giving their elites a choice of getting rid of the country’s dictator or of attempting to put down the demonstrations. In Tunisia and Egypt, the military refused for the most part to fire on peaceful noncombatants, and so the dictator had to go. But in Libya, Syria, Yemen, and Bahrain, the regimes showed themselves willing to use brutal methods. Libya’s Qaddafi has killed and wounded thousands. Syrian troops have probably killed about 1000 persons. Yemen must be nearing 200. Bahrain’s security forces killed less than 30.

The struggles continued on Wednesday and Thursday. In Yemen, the capital of Sanaa continued its fall into a civil war between security forces loyal to President Ali Abdullah Saleh and members of the Hashed tribe loyal to opposition leader Sadiq al-Ahmar. Explosions and gunfire rocked the city, as other urban areas, especially Taizz, where government forces had fired on protesters, remained restive.

Yemen is important to the West because of its commanding position at the mouth of the Red Sea (10 percent of world trade goes through the Suez Canal) and because its government had been an ally in the fight against al-Qaeda in the Arabian Peninsula, which has 300 or so fighters in the southern Ma’rib Province of Yemen. Yemen’s security also affects that of neighboring Saudi Arabia, which produces 11 percent of daily world petroleum output. The protest movement against Saleh has a Muslim tinge in some instances, but for the most part is regional, tribal or age-based (as elsewhere, the youth movement is important).

It is emerging that Syrian security forces killed 41 persons in the city of Rastan by shelling it, in the face of protests, on Tuesday. The news breaks from Syria, which has imposed a press blackout, as a united coalition of secular and religious opposition Syrian leaders met in Antalya in Turkey. They regime is also attempting to deal with widespread outrage over allegations that it tortured, mutilated and murdered a 13-year-old boy.

President Bashar al-Asad had offered an amnesty to protest leaders on Tuesday on condition they cease roiling the country, but the offer was rejected by the opposition.

Syria is important to the US as a major country abutting the Eastern Mediterranean, neighboring NATO ally Turkey, as well as non-NATO allies Jordan and Israel. It also shares a border with Lebanon and with Iraq. It is central to the Palestinian-Israeli struggle and had been part of Turkey’s hopes for a big expansion of regional trade in the Middle East. The Damascus regime is allied with Iran and so is on the wrong side of the geopolitical divide in the region from an American, Israeli and Saudi point of view. The one-party, authoritarian Baath Party has ruled with an iron fist for decades.

In Libya, oil minister Shukri Ghanem was confirmed to have defected from the Qaddafi regime in Tripoli days after several senior military officers had done so. Fighting in a western suburb near Misrata calmed down, as Free Libya forces retained control of that major Western city. Fighting continued in nearby Zlitan, which lies between Misrata and the capital, and in the Western Mountain region, where Free Libya forces said they had taken a provincial city where the regional electricity generating plant was located. A UN-authorized NATO and Arab League air contingent extended its bombing campaign, hitting the capital of Tripoli again on Wednesday, as the regime continued to defy a Security Council order to cease attacking its population. Meanwhile, a UN commission found that the Libyan regime has committed war crimes and has attacked civilian non-combatants. It also found evidence of war crimes on the rebel side, though not of attacks on non-combatants.

Qaddafi forces are suspected in a car-bombing of a hotel full of foreigners in Benghazi, which, however, did not kill anyone:

As the state of emergency ended in Bahrain, a small demonstration was held in the Shiite village of Diraz near the capital, which was dispersed by the king’s troops, using tear gas. It is not clear why protesters should not be allowed to demonstrate peacefully in Diraz if there is no state of emergency. The small island kingdom of Bahrain, with a citizen population of roughly 600,000, produces only a small amount of petroleum, but is the HQ of the US Fifth Fleet. Its citizen population is roughly 60 percent Shiite, though it would be more if the Sunni monarchy had not handed out Bahraini citizenship to tens of thousands of foreign Sunnis. The ruling Al Khalifa has a ‘thing’ about Shiites and sees the protest movement, which had included small Sunni parties wanting more civil liberties, as a mere Iranian conspiracy (not so).