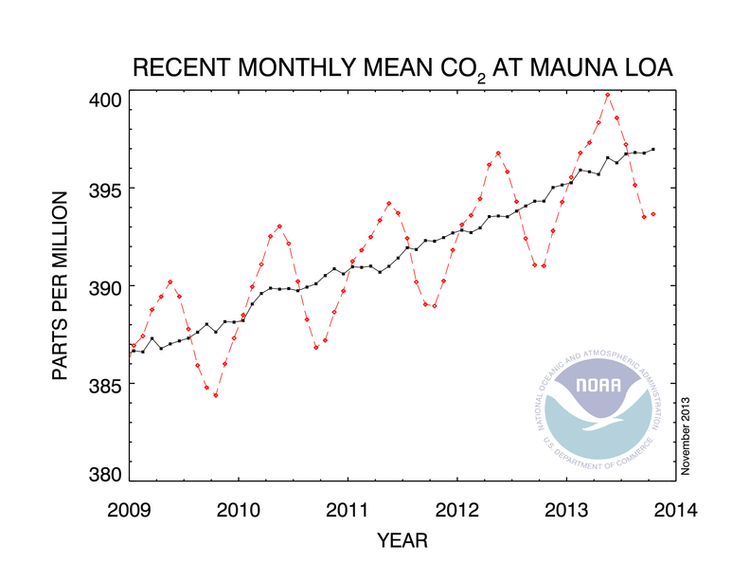 1. Environmentalists and peace advocates are hoping that cooperation on solar energy projects can help foster peace between Israelis and Palestinians. What this article doesn’t say is that such cooperation might also allow the two sides to avoid future conflicts over resources. The gas fields off the coast of Israel and Gaza could become an object of competition. And there is a looming water crisis that could drive conflict, which might be averted by solar-powered water purification plants. Green energy can also possibly avert the worst impact on the Middle East of global climate change, which will hit Israelis and Palestinians disproprotionately.

2. Saudi Arabia plans to become, well, the Saudi Arabia of solar energy production. Plans are being made to stretch power cables to Egypt, where the population of 82 million is hungry for energy. While Egypt has great solar potential of its own, it is oil-rich Saudi Arabia that has the spare cash to invest at the moment in solar installations. And few places on earth have more sunlight and less flora and fauna than the Kingdom’s Empty Quarter. (Saudi and other plans for nuclear plants may have been muted by the Fukushima disaster).

3. The photovoltaic plant at Masdar City in the United Arab Emirates not only powers a major research facility in the city but exports extra power to the UAE grid. AME Info writes, “Masdar Power is currently constructing the 100MW Shams One, one of the largest concentrated solar power plants of its kind in the world and the largest in the Middle East. Located at Madinat Zayed, 120km southwest of Abu Dhabi city, the project, is on schedule for completion towards the end of 2012.”

4. In Turkey, GE is pioneering with a half-gigawatt hybrid power plant that combines wind, solar and natural gas.

5. There have been “ferocious” cost reductions in the price of solar energy. And, the industry is growing by leaps and bounds. The equivalent of 17 nuclear reactors’ worth of solar installations shipped in 2010.

7. Brazil is seeking to triple its renewable energy generation by 2020, with an emphasis on wind. The government is investing in the renewables much more than in hydrocarbons.

8. Google is increasing its research and development budget for its program to make solar energy cheaper than coal, and is working on grid issues, as well.

9. Global solar capacity grew 73% in 2010. Solar is still only about .5% of global electricity production, but that is an enormous increase over only half a decade ago, and the prospects are for big leaps forward over the next decade.

10. The largest wind farm in Europe has just begun production in Scotland. It will power 250,000 homes. Scotland has made it of the highest priority to get 100% of its energy from renewable sources by 2025, among the most ambitious such plans in the world.

The reason these stories are so important, despite the so-far small contribution of wind and solar to world energy production, is that they point to a near future in which they generate a substantial proportion of the world’s electricity. We are in a race with disaster because of the ever-increasing amounts of carbon dioxide and soot we a spewing into the atmosphere. We are at 393 parts per million of carbon now, up from 380 only a couple of years ago. 450 ppm of atmospheric carbon has been identified by scientists such as James Hansen as the point at which life on earth as we know it begins to look unsustainable. We’ll be there in short order if current trends continue.

These charts from the NOAA Mauna Loa Observatory may tell the striking story of a human species marching to a doom at its own hands, not only blithely unaware of the approaching calamity but actively denying it out of a tragic mixture of greed, shortsightedness and stupidity. 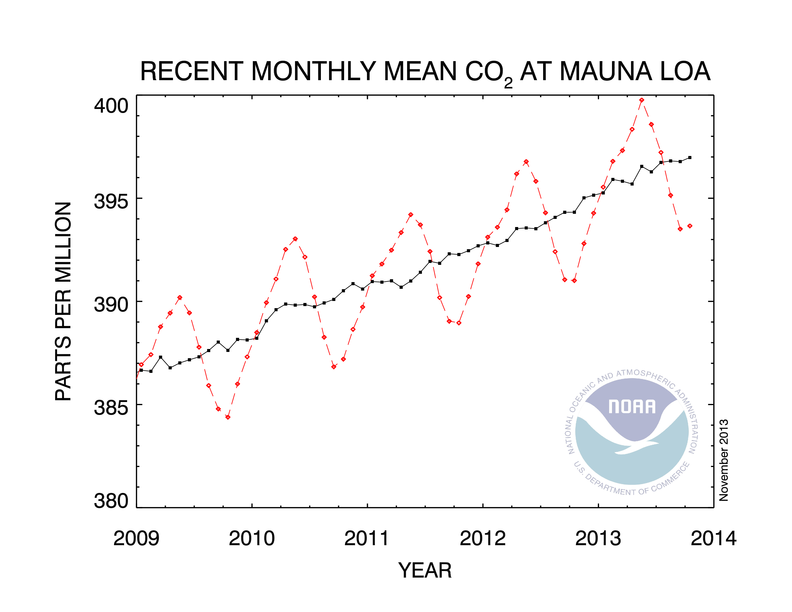 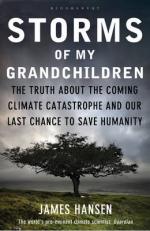 James Hansen, Storms of My Grandchildren: The Truth About the Coming Climate Catastrophe and Our Last Chance to Save Humanity for a clear outline of the scale of the challenge.