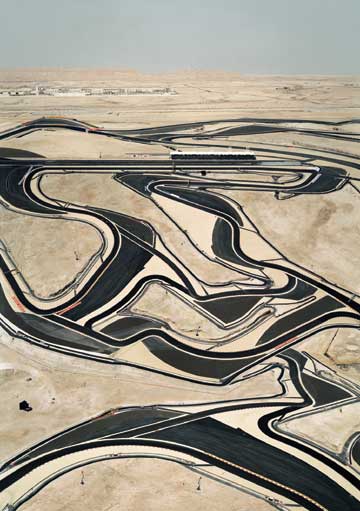 In the wake of the brutal crackdown by the monarchy of Bahrain on the largely peaceful protest movement this winter and spring, the United States needs to decouple from the small Gulf kingdom. Although the kingdom is lifting its state of emergency, distrust and tension remain high between the Shiite majority and the dominant Sunni minority.

The Wifaq Party, the biggest movement among the Arab Shiites of Bahrain, had asked for the country to move to being a constitutional monarchy. The repression was so heavy-handed that Wifaq members of the lower house (who held 18 out of 40 seats) have all resigned. When ordinary democratic political involvement is blocked, people turn to other ways of achieving their goals. Pushing the Shiite majority toward radicalism is a bad idea indeed. The Sunni hard liners in Bahrain see the Shiite majority a s cat’s paws of Shiite Iran. But Bahrain Shiites are mostly Arab, not Persian as in Iran. And a majority follows the Akhbari school of Shiism, which does not teach blind obedience (taqlid) to the ayatollahs. A small group of Shiite activists, al-Haqq, did call for a republic, but they were not in the mainstream of the reform movement, which mostly simply sought a rule of law and a more fair place for the Shiite majority.

The state has refused to allow its population the right of peaceable assembly and even petitioning the government has become dangerous. It is bad for the US to be seen to be uncaring in the face of the monarchy’s actions, which have left hundreds injured or imprisoned. Criticizing the government has been made illegal. Recently the secret police have begun going after women activists, according to NPR

Even a Jewish-American diplomat has been hounded out of the country with thuggish tactics (the whereabouts of his house, wife and children were broadcast with the implication that he be made the scapegoat for resentments against Obama’s mild criticism of the vicious crackdown).

The HQ of the US Fifth Fleet is at Manama, the capital of Bahrain. But there are other places such a naval base could be sited in the Gulf, including in Qatar.

Given the sentiments in President Obama’s recent speeches and his pledge to put the US on the side of reform in the region, it is ghoulish for the US to retain a major military facility in a country that has behaved as Bahrain has.

Moreover, the idea that the Grand Prix Formula 1 race might now return to Bahrain, after 28 people were killed for standing in Pearl Square, and after hundreds have been arrested and put in stress positions, after mosques have been destroyed, etc.– that idea is obscene and should provoke consumer boycotts if it happens. (Bahrain has become associated with racing in the European and American mind to the extent that artist Andreas Gursky took it as a theme for his painting photograph, “Bahrain,” which I once saw at the Met in NYC.)