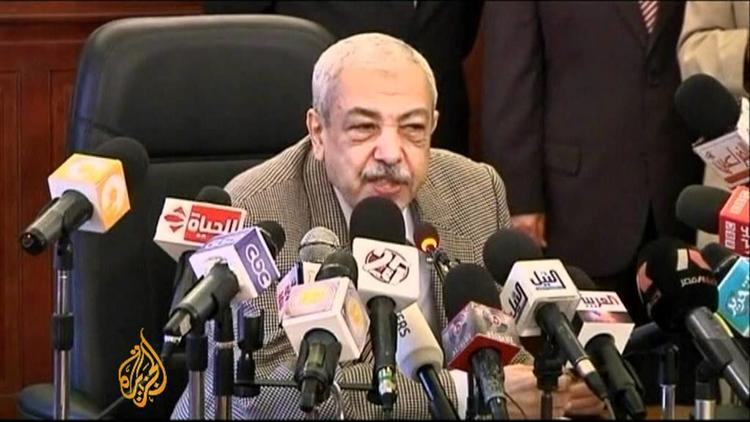 The renewed protest movement at Tahrir (“Liberation”) Square in downtown Cairo beginning last Friday, July 8, has pushed the transitional government to make a further set of concessions to a still-angry public. Whether these steps will be enough to assuage the youth, who are camping out in the square in tents and gathering in the thousands every night, is hard to predict. Today will be another big day in Tahrir.

Egyptian investigators have charged that former speaker of the Egyptian parliament, Safwat Sharif and some of his associates were behind the notorious “camel attack” on demonstrators in Tahrir Square, on one of the bloodiest days of the popular revolt. (Tour guides out at the Pyramids, who often give camel rides to tourists, had been put out of work by the demonstrations, which have deeply cut tourism to Egypt, so they were a) unemployed, b) angry at the protesting youth and c) had camels and horses to ride).

Some 600 police, described as officers, have been dismissed for their alleged part in planning or carrying out violence against protesters (the UN estimates that about 900 were killed). Aljazeera English reports:

Families of the martyrs in Suez in particular have been holding rallies and blocking roads, demanding that the perpetrators be punished. In general, the public feels that too few police have been held accountable for their violence against protesters, and that too few regime stalwarts have been prosecuted.

Under pressure from the demonstrators, the military council announced Thursday that elections would be postponed to “October or November” from September. Members of the movement feared that early elections would favor politicians from the former ruling National Democratic Party, well versed in a kind of canvassing, as well as those of the Muslim Brotherhood, which is fielding a civil political party, called Freedom and Justice.

The Tahrir Movement is divided over whether to challenge the military council that, behind the scenes, still ultimately rules the country. It rules through a civilian prime minister, Essam Sharaf, and his cabinet. Some of the protesters have demanded that Sharaf resign, others that military men in his cabinet be replaced by civilians. Some at Tahrir are starting to insist that the military council itself be dissolved. Other protesters fear that these demands risk destabilizing the country. They say the army is the Egyptian army, and is needed at this juncture. Others cannot see the point of switching out Sharaf for someone who likely will be very much like Sharaf, when elections will be held soon anyway.

Aljazeera English reports on the controversy over military rule, which could be explosive: