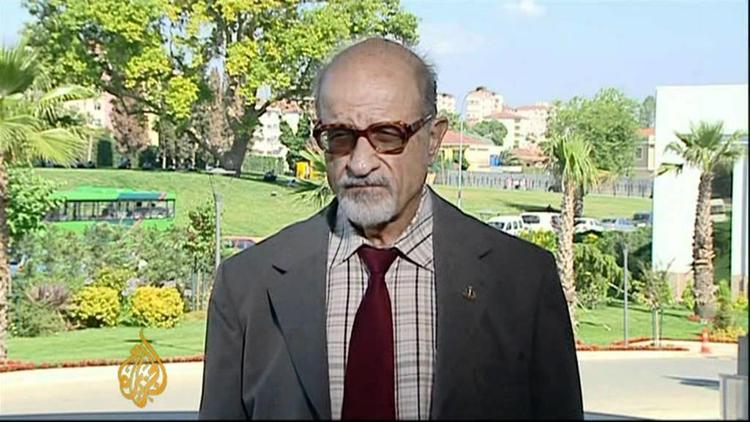 Over 350 Syrian expatriate opposition leaders, from a wide range of political currents, including liberal and Muslim fundamentalist, met in Istanbul Saturday. They had originally intended to meet at the same time as dissidents still in Damascus convened their own meeting, but the site of that planned congress was attacked Friday by the Syrian military.

The Istanbul congress elected a 25-person National Salvation Council, essentially a shadow government, to challenge President Bashar al-Asad and his ruling Baath Party. The congress announced that given the harsh crackdown by al-Asad on dissenters, which is estimated to have cost over 1,000 lives, they could no longer contemplate negotiating with him. He will, they demanded, simply have to step down.

On Friday, the biggest demonstrations yet swept a country that has seen concerted rallies grow steadily for months. Although the estimate of dissidents that a million protesters came out Friday strikes me as likely an exaggeration, no doubt they were quite large, and larger than anything seen yet.

Still, we haven’t seen the kind of marches in the capital that characterized the successful Tunisian and Egypt uprisings, nor has there been a significant split in the Syrian officers corps over repressing the demonstrators. There have been growing demonstrations in the Damascus suburbs, according to unverified Youtube videos.

Also on Saturday, the regime released 28 intellectuals and artists arrested last Thursday, who had been calling for protests.

US Secretary of State Hilary Clinton expressed frustration at the impotence of the outside world to affect developments inside Syria. Actually, the al-Asad regime is being actively defended from the UN Security Council by Russia. The Soviet Union had been an important patron to Baathist Syria, and the Medvedev/ Putin government seems to want to retain al-Asad as a client for the new Russia. The US has mainly sanctioned Syria for the crackdown through ratcheting up financial sanctions.