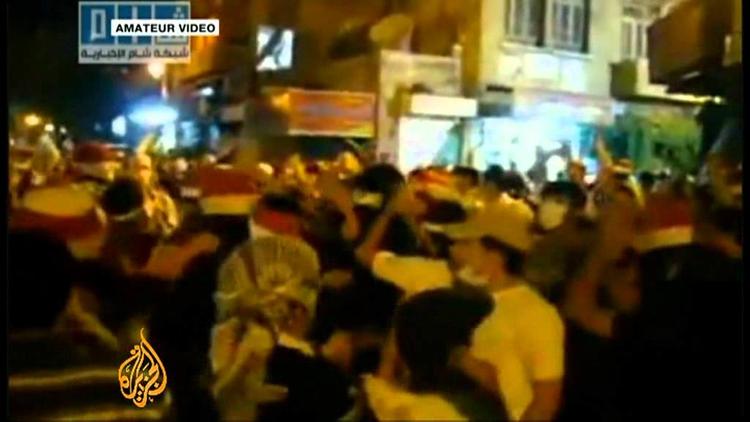 Syria’s concerted military intervention against peacefully protesting crowds at the beginning of the fasting month of Ramadan has resulted in dozens of deaths, especially in the city of Hama, with about 100 dead in the past two days.

The European Union responded to this provocation by upping sanctions against Damascus.

During Ramadan, devout Muslims refrain from drinking or eating anything from dawn until sunset. They break the fast after the sunset prayers, and then when the black of night has completely fallen, they pray the evening prayer. After that they might perform supererogatory prayers, tarawih. Those men who pray daily prayers in groups at the mosque are thus available in the evening for mobilization as protesters at after-tarawih rallies. Because it is very hot in August, many Muslims stay up late during Ramadan, and the place becomes a region of night owls. During a time of widespread popular uprising, the Baathist regime of President Bashar al-Asad deeply fears that evening worship will turn into night-time protests of some size and durability. (During the July Tahrir Square movement in Cairo, aside from Friday afternoon the really big crowds sometimes gathered at midnight).

On the other hand, during Ramadan people often feel weak and have headaches, and in the evenings often visit family members, so that Egypt’s protesters called off their rallies during the fasting month. The Syrian government’s fears of Ramadan uprisings may have been overblown, and it may have erred in responding so violently to peaceful protests.

In neighboring Turkey, where the Justice and Development Party had attempted to improve relations with Damascus during the past decade, Prime Minister Tayyip Erdogan denounced the killings in Hama, and anger is said to be growing among the Turkish public at the harshness of the repression.

Italy on Tuesday became the first European country to withdraw its ambassador, in protest at the death toll.