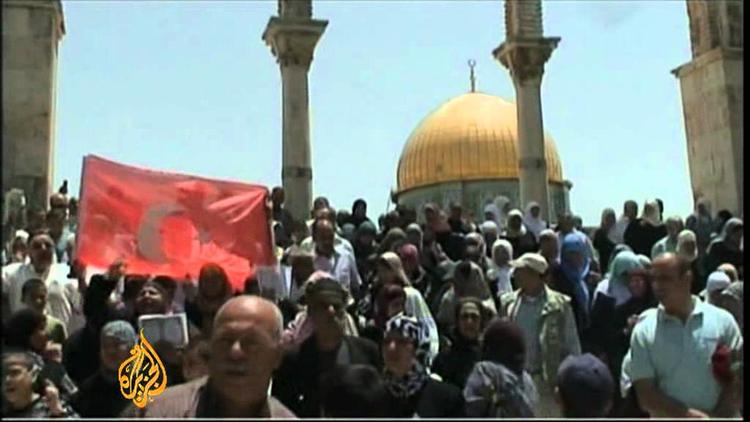 The far right wing government of Binyamin Netanyahu in Israel is being buffeted both internationally and domestically. In both instances, the discontent is being produced by right wing policies, which argue for the goodness of hierarchy, the legitimacy of inequality, and express a preference for the use of force to settle problems.

Turkey has decided to take Israel to the International Court of Justice in the Hague over the wrongful killing of 9 Turks (one of them an American citizen) by Israeli commandos in May of 2010. The commandos boarded an aid ship, the Mavi Marmara, attempting to break the Israeli naval blockade on Gaza.

Israel has refused to apologize for the killings, to admit any wrong, or to pay compensation to the families of the victims, infuriating a Turkish government that had been one of the Israelis’ few friends in the region. The refusal to apologize reflects the ruling Likud Party’s philosophy of the Iron Fist, which has roots in the mass politics of the interwar period.

A UN Human Rights commission report had found that both the blockade and the attack on the Mavi Marmara are illegal in international law. The Palmer report, prepared by a former New Zealand Prime Minister and former Colombian president Alvaro Uribe and issued on Friday condemned Israel for excessive force but called the blockade itself legal because it aimed at preventing weapons from reaching Gaza. (The blockade of weapons imports is of course legal, but Israel as the occupying power is in the wrong legally to blockade staples and other necessary goods, and is wrong to prevent Palestinians from exporting their products; that Israel is wrong is clear in the plain text of the Geneva Convention of 1949 on occupied territories, which Mssrs. Palmer and Uribe appear to have neglected to consult.) Neither UN committee report on the incident has any legal standing, which is why Turkey is going to a body that has the standing to adjudicate the dispute– the ICJ.

Turkey also announced an end to Turkish-Israeli military cooperation and reduced the level of diplomatic recognition between the two countries.

The likelihood is that Turkey will prevail at the ICJ, since both UN investigations have maintained that Israeli commandos in fact committed a tort in the killings.

An ICJ ruling against Israel on this issue could begin an avalanche of tort suits against the Israelis, who have been pursuing illegal policies in settling the occupied West Bank and usurping Palestinian land and water. Such international judgments could accelerate after the United Nations General Assembly votes to admit Palestine to membership in the UN, which will likely have the effect of encouraging countries to upgrade Palestinian representation to embassy status. Palestinians with an embassy would be in a position to file persuasive amicae curiae briefs in tort lawsuits against Israeli concerns in a particular country that are owned by companies that profit from illegal West Bank colonization.

The domestic turmoil came in the form of big demonstrations around the country by Israelis protesting the high cost of living. Right wing politics is about government favoring the rich over the rest of the population, about using ethnic divisions, alleged threats to the nation, and other diversions to justify to the mass of voters as to why they should elect a party that will take money and resources away from them and give it to the super-wealthy.

Instead of protesting that a handful of billionaires is scarfing up the lion’s share of the country’s increased wealth, Israelis would do better just to turn the right wing parties out of office in the next election.