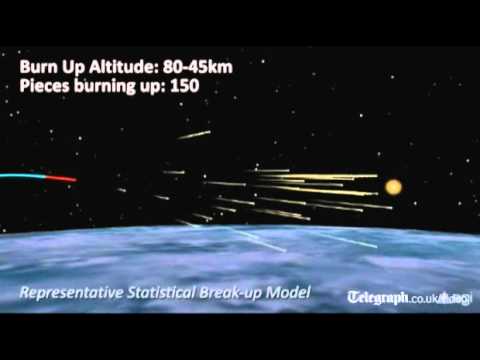 The NASA satellite re-entering earth orbit late Friday has caused a sensation for some strange reason. Maybe because people have heard that it is 6 tons, about the weight of a mail truck, or because of the danger that someone might be hit by it.

But the six or seven tons won’t stay together. Most components will break up and burn up in the atmosphere. Really hard metals might survive to hit earth. They will be scattered.

The risk to you as an individual human being of being hit by this satellite debris is one in 20 trillion.

The odds of an American being struck by lightning in any given year are roughly one in a million.

The Telegraph has video:

In other words, worry about something else.