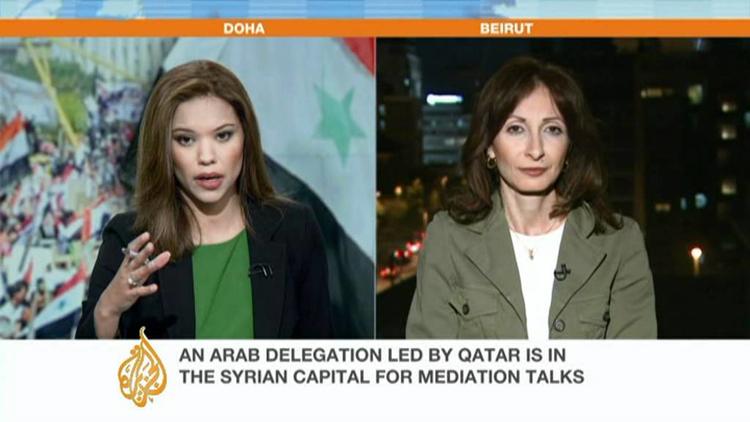 Robert Fisk uses the “C” word about Syria– Civil War. He takes seriously both the human rights organizations’ allegation that the regime has killed some 3000 people in the course of putting down demonstrations since last spring, and the Baath Party’s assertion that rebels have killed 1,150 Syrian troops (though he admits that there is no way to be sure about such matters, given that the regime has unwisely excluded foreign journalists from the country, or at least the hot spots).

By one important social science definition of civil war, Syria is close to civil war, if the government estimate of deaths among its security forces are anywhere near accurate. The only ingredients lacking are battlefield skirmishes and a discrete insurgent guerrilla force, though there are now flickers indicating that such a force is gradually being formed (see below), especially through deserters from the military. Still, I wouldn’t say that the conflict has quite risen to the level of civil war, since most deaths have occurred in the course of the repression of demonstrations by non-combatant civilians. I give the definition at the end of this posting.

All hell broke loose in Syria on Wednesday, prompting Fisk’s dark musings. According to the Egyptian daily al-Qanat writing in Arabic some 27 persons were killed, 14 non-combatants (including a child) at the hand of security forces, and 13 military personnel, including an officer, whose convoy was hit by rocket-propelled grenade fire suspected of coming from a unit that defected to the protesters.

Aljazeera English reports on the tense situation in Syria:

At the same time, significant regions of the country actively participated in a general strike. The small city of Deraa in the south apparently looked like a ghost town. In the rebellious city of Homs and its environs, even government office workers joined in the strike for the first time. Al-Sharq al-Awsat writing in Arabic says that a majority of Syrian cities closed down during this strike, which the protesters declared to be their new strategy for overthrowing the regime. In the town of Maaret al-Numan on the way to Aleppo from Damascus, crowds gathered in the central square, and security police shot two of them to death.

The Baathist regime, like the authorities in Oakland, Ca. , appear not to realize that deploying a violent crackdown on protesters is guaranteed to water the tree of activism with the blood of martyrs. In an ironic Middle East tie-in, one of those seriously injured by a tear gas cannister in Oakland is a two-tour Iraq veteran, who was allegedly sent to that country by the Bush administration to ensure that Iraqis could hold protest rallies against their government. (That is what Bush administration officials repeatedly replied when asked about the large Iraqi demonstrations demanding that the US troops depart.)

If the towns of the northwest of Syria struck, people in the metropolitan cities of Aleppo and Damascus enthusiastically stayed with the regime. Tens of thousands, perhaps as many as 200,000 supporters of Bashar al-Assad came out in the central Umayyad Square of Damascus to hail the regime. It was expected that a similar large pro-regime rally might be held in the port city of Ladhikiya, in the hinterlands of which many Allawite Shiites live (this ethnic group, 10% of the population, is disproportionately present in the upper echelons of the regime and the officer corps).

Reuters reports that French Foreign Minister Alain Juppe remarked of the ongoing demonstrations and strikes on French radio, “This will end with the fall of the regime. It is nearly unavoidable… But unfortunately it could take time because the situation is complex, because there is a risk of civil war between Syrian factions, because surrounding Arab countries do not want us to intervene.”

Al-Assad met with an Arab League delegation, which included the Prime Minister of Qatar. They demanded that he cease repressing the protests with deadly force, release political prisoners, and open negotiations by the end of this month. Some members of the Arab League want to expel Syria for its brutal crackdown, but so far have not mustered enough votes in the 22-member body to do so.

Aljazeera English reports on the Arab League delegation and the pro-Assad demonstration in Damascus:

Here is how J. David Singer and his colleagues defined a civil war:

“Sustained military combat, primarily internal, resulting in at least 1,000 battle-deaths per year, pitting central government forces against an insurgent force capable of effective resistance, determined by the latter’s ability to inflict upon the government forces at least 5 percent of the fatalities that the insurgents sustain.” (Errol A. Henderson and J. David Singer, “Civil War in the Post-Colonial World, 1946-92,” Journal of Peace Research, Vol. 37, No. 3, May 2000.) ”