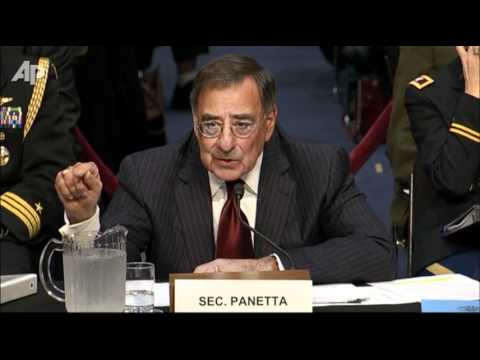 Senator John McCain (R-AZ) played shameless politics during a hearing on Tuesday on the US withdrawal from Iraq. McCain more or less called Secretary of Defense Leon Panetta a liar to his face when Panetta explained that negotiations with the Iraqi government to keep some US troops in that country faltered on the issue of immunity.

For US troops to remain in Iraq after December 31 would require a new Status of Forces agreement, approved by the Iraqi parliament. The US insisted that any new SOFA contain a guarantee that US troops would not be open to prosecution in Iraqi courts. There is always the danger that what the US considers a legitimate military operation would after the fact be construed by an Iraqi court judge as a war crime, and that GIs might be jailed or executed for the operation. No US officer would be willing to operate in a foreign country under those circumstances.

McCain suggested that Panetta is actually just a politician, and that Obama deliberately sloughed off on attempts to maintain a US force in Iraq, so as to gain points with the US electorate, which wants out of Iraq.

I only wish that what McCain said was true, since it would have been nice if Obama had stuck to his guns. But typically for him, he initially acquiesced in Pentagon requests that his administration try to get a new SOFA that would permit US troops to remain, with immunity or extraterritoriality.

The fact is that Pentagon and administration negotiations with the Iraqi government broke down on the immunity issue.

But the entire argument is surreal. What in the world makes Sen. McCain think that the Iraqi parliament would ever, ever vote to bring US troops back into Iraq on any scale once they had departed?

Can McCain even name any of the parties in the Iraqi parliament? Can he tell us why any of them would want US troops to remain?

The Iraqi press called the US military “presence” in that country the “occupation” (ihtilal), a word which has extremely negative connotations. E.g. the West Bank is under Israeli occupation. When, in June 2009, US troops ceased their routine patrols of major Iraqi cities, the Iraqis, including the military and government officials, held a huge celebration. It rather hurt the feelings of the Pentagon.

Some Iraqi politicians, such as Sheikh Abbas al-Muhammadawi of the Brave Sons of Iraq Coalition, are already questioning whether the US military will really withdraw, and insisting that it must do so. McCain’s statements will only roil Iraq further.

Let’s see. The Sadr II Bloc of Shiite clergyman Muqtada al-Sadr has 40 seats. Muqtada is die hard set against US troops being in Iraq, and has threatened violence over the issue. His bloc is key to the parliamentary majority of Prime Minister Nouri al-Maliki, so if he got angry over this issue and pulled his support, the Iraqi government could fall.

Then you have the Da’wa Islamiya [Islamic Mission] Party, headed by PM al-Maliki, which leads a coalition that has 89 seats in parliament. The Da’wa is a Shiite fundamentalist party that follows the ideas of Ayatollah Muhammad Baqir al-Sadr (d. 1980) on the Islamic economy and Islamic law as a basis for society. Does McCain really think the Da’wa would vote for foreign military occupation?

Then you have the Iraqiya list, 80% of which is now Sunni Arab. US troops have fought a lot of battles with Sunni Arabs, and it seems highly unlikely that they would vote for US troops in Iraq. They have 91 seats.

Sen. McCain should explain how Secretary Panetta or President Obama was supposed to change the minds of the Sadr II Bloc, the Islamic Mission Party, or the Iraqiya.

McCain seems to want to set up the Republicans so that they can campaign next year against President Obama on a “who lost Iraq to the Iranians?” platform.

But the answer to that question is obvious. George W. Bush and the Republican Party did.

The only way for McCain to keep any substantial number of troops in Iraq would be for him to re-invade the country and occupy it all over again.

I think he’s out there in left field on that one.

And, if what he is worried about is Iraq being pushed into the arms of Iran, there is no better way to accomplish that goal than for US politicians to talk about continuing the US military occupation of Iraq. McCain is his own worst enemy here.