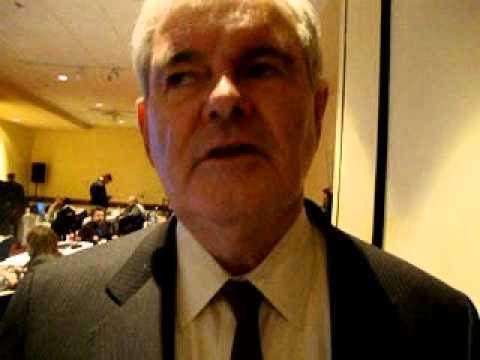 Newt Gingrich’s poll numbers and fund-raising have improved recently, as the GOP faithful continue their quest for an ABM (not anti-ballistic missile but “Anyone but Mitt”).

Gingrich in turn has begun trying out talking points again, which is good for pundits and stand-up comedians, but bad for everyone else.

In his most recent foray on Middle East policy, Gingrich tried to depict the Arab Spring as bad for Middle East Christians. 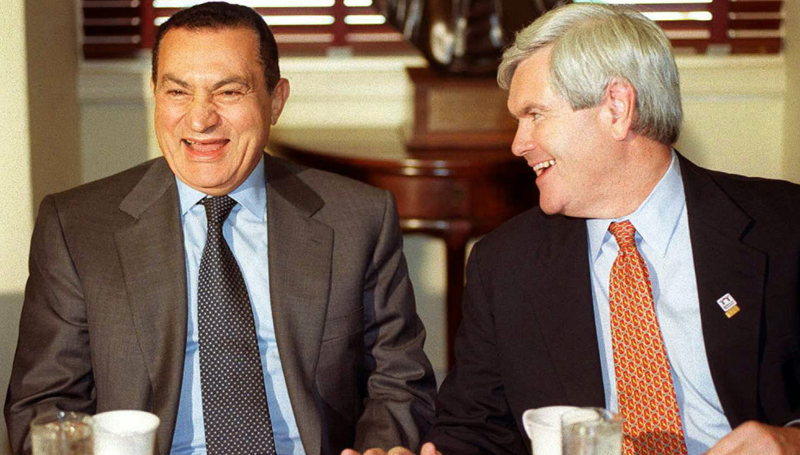 Weirdly, he began his attack on the 2011 protest movements in the Middle East by lamenting that the number of Christians in Iraq has fallen from 1.2 million to 500,000. He observed, “This is why the current strategy in the Middle East is such a total grotesque failure…. People say, ‘Oh, isn’t this great, we’re having an Arab spring.’ Well, I don’t know, I think we may in fact be having an anti-Christian spring. I think people should take this pretty soberly.”

As anyone with a brain will note, the Bush administration invasion and occupation of Iraq, which Gingrich helped plan out while on the Defense Advisory Board, is what caused Christians to have to leave Iraq. Christians weren’t the only ones. Millions of Iraqis at one time or another fled to Jordan, Syria and elsewhere, because Gingrich’s Republican Party kicked off a civil war in that country by creating a power vacuum. In addition, anti-American guerrillas unfairly conflated Iraqi Christians with American ones, and so attacked the former. I suspect there were about 800,000 Christians in Iraq before the invasion, and that half fled, mostly to Aleppo in Syria or to Beirut.

The foreign military conquest and occupation of Iraq took place in 2003 and has nothing to do with the Arab Spring. (No one among the activists ever even mentioned Iraq, except as a negative example. “Let’s not do that, it is what the Americans did in Iraq.”)

But if one took seriously Gingrich’s implicit suggestion that US foreign policy should be about Middle Eastern Christians, what policies would that produce?

First of all, the Christians of Syria are mostly declining to actively support the protest movement against the Baathist government of Bashar al-Assad.

Yuhanna Ibrahim, archbishop of the Syriac Orthodox Church in Aleppo told the Beirut-based The Daily Star this summer:
“To be honest, everybody’s worried . . . We don’t want what happened in Iraq to happen in Syria. We don’t want the country to be divided. And we don’t want Christians to leave Syria.”

Christians make up about 10% of Syria’s 22 million population. The big Christian neighborhoods of Aleppo and Damascus have seen no demonstrations against the regime. This attitude comes from the Baath Party’s embrace of secular Arab nationalism. The Baath ideology was invented by Christians. In an ideal Baathist society, the important thing is that you are Arab or think of yourself as Arab, and what religion you follow is irrelevant.

A lot of Iraqi Christians had felt the same way, and the lesson they take away from the Iraq debacle is that horrible things happen when Washington decides to get rid of a Baathist government.

Many Syrian Christians are afraid that if Bashar al-Assad falls, he will be succeeded by a Muslim fundamentalist regime that will reduce them to second-class citizens or even persecute them. (To be fair, the Syrian protesters have called on the Christians to join them, so they don’t seem anti-Christian, and they say they want rights for all).

So Newt’s Middle East policy is presumably to support the Baathist government of Syria against its foes, right? Isn’t that what a Gingrich would conclude would be good for Syria’s Christians?

Nope, Gingrich is a hawk on Syria, praising Rick Santorum’s stance on this subject. But Santorum wants President Obama to wave a magic wand and make al-Assad vanish.

So I guess the Arab Spring being bad for Middle East Christians doesn’t shape Gingrich’s Syria policy? Gingrich wants to deliver the Syrian Christians into the uncertain hands of the revolutionaries? Maybe even– gasp — the Muslim Brotherhood?

Then there are significant Christian Palestinian populations. Is Newt going to support these countrymen of Jesus of Nazareth against the Israeli settlers who are stealing their land and water?

And what if it can be demonstrated that the attack on the Copts protesting in front of Cairo’s television station was orchestrated from behind the scenes by elements in the military government? Would Newt suddenly support the New Left organizations such as April 6 that are calling for the military to step down and go back to the barracks, and who have sponsored Christian-Muslim solidarity marches?

Moreover, it seems likely that the Muslim Brotherhood will do well in the forthcoming parliamentary elections and will be in a ruling coalition. Since Gingrich considers the MB little short of Satan, how would a President Newt even be able to do Egypt policy? Is he just going to blow off the most populous and important country in the Middle East?

Middle Eastern Christians deserve a decent life and human rights like everyone else. But Gingrich is being silly if he advocates putting their interests first in US Middle East policy. There aren’t that many of them The largest group is the Egyptian Copts at 8 million or so. Less than a million left in Lebanon. About a million Palestinians. Some 2 million in Syria. Less than half a million in Iraq. Maybe 200,000 in Iran. And that is just about it– their numbers everywhere else are miniscule. They aren’t even big proportions of the countries where they reside. Less than 13 million in a region of about 420 million people (the Arab world plus Turkey and Iran).

Great Powers don’t behave the way that Gingrich is suggesting. They pursue their interests. Gingrich is only even bringing up Middle Eastern Christians as a ploy to get a hearing among evangelicals, who don’t mostly much care for his two divorces (not sure if they hold his recent embrace of Catholicism against him).

And Gingrich is wallowing in such bad faith that he doesn’t even take seriously his own policy, otherwise his attitudes toward Syria and Palestine would be completely different.

The irony is that most US evangelicals have never demonstrated the slightest interest in the welfare of Middle Eastern Christians, much preferring to support the Israelis. So Gingrich’s confused and hypocritical talking point probably wouldn’t even get him anywhere with them.