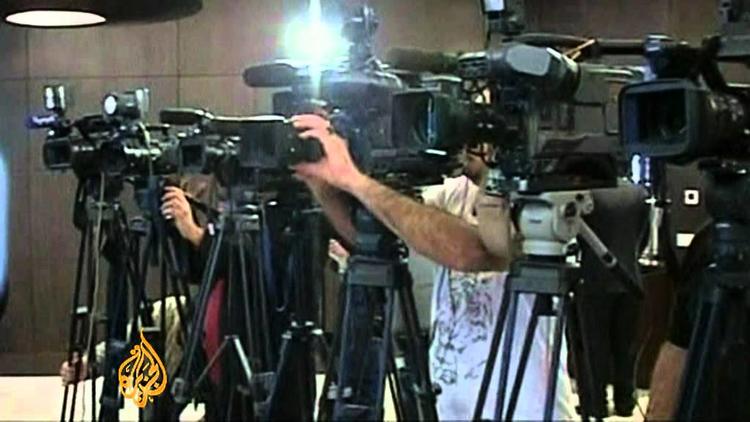 The death toll in Thursday’s bombings and attacks in Baghdad and environs rose to about 67 dead, with hundreds wounded.

Most of the attacks honed in on soft targets (schools and markets) in Shiite neighborhoods, though some Sunni areas, considered collaborationist by the guerrillas, were also hit. The Sunni Arab guerrilla groups believe that the Iraqi government as stood up by the United States is an unholy alliance of Shiites and Kurds against their community, and that it is fragile and can eventually be overthrown if the situation is sufficiently destabilized. They have been launching big coordinated strikes about once a season, with the last in August. This one comes as the Sunni-backed Iraqiya Party, which had been willing to cooperate with the Shiite-dominated government, has suspended its participation in the cabinet and the parliament after Shiite Prime Minister Nouri al-Maliki accused a vice-president from Iraqiya of plotting terrorist attacks.

Al-Hayat writing in Arabic says that a security official in the Iraqi government told it that armed groups are reemerging in Sunni Arab provinces such as Mosul, Al-Anbar, and Diyala. The USG Open Source Center translated his further remarks:

“The source, who spoke on condition of anonymity, said that “armed groups have taken advantage of the US withdrawal period to rearrange their ranks and bring more weapons and ammunition from inside and outside Iraq.” He added that “these groups have taken great advantage of the recent sectarian rallying and the feeling of marginalization among the political class and Sunni tribes to persuade some of them to provide new protection for these groups.” He stated that “the situation is to a great extent similar to the situation at the beginning of the occupation of Iraq and the formation of armed groups and militias.” He warned that “the two sides have completed their preparations, rearranged their ranks, and only need the spark that will reignite sectarian conflict once again.”

One way the US under Gen. David Petraeus had reduced violence in the Sunni Arab regions was to form pro-American militias (Awakening Councils, Sons of Iraq) wherein each fighter was paid $300 a month to fight radical cells. Some 100,000 men joined up. Prime Minister Nouri al-Maliki, head of the Shiite Islamic Mission Party (Da’wa), vehemently disagreed with this plan. He is alleged to have ceased paying most of these salaries and to have refused to employ more than about a sixth of the fighters in local police and security positions, leaving the rest still armed but unemployed and bitter. Some were even prosecuted for previous guerrilla activity (before their turn to the US) by al-Maliki’s government, while others, having lost their units and fighting effectiveness on being demobilized, were targeted by the radicals.

In the meantime, the political soap opera unleashed this weekend when al-Maliki charged VP Tariq al-Hashimi, a Sunni Arab leader of the Iraqiya Party, of plotting terrorist attacks, including al-Maliki’s own assassination, continued to unfold.

Hashimi accused al-Maliki and his Da’wa Party of colluding with Iran in smearing him. He denied that two other major Shiite parties, the Islamic Supreme Council of Iraq led by young cleric Ammar al-Hakim, and the Sadr Movement of Muqtada al-Sadr, were involved in the effort to destroy him politically. Al-Hashimi has fled to Iraqi Kurdistan, where he has more or less sought political refuge from al-Maliki in Baghdad.

He demanded that Kurdistan officials be the ones allowed to investigate him, and threatened to go to international institutions with a complaint if he were not treated justly. Kurdistan officials maintain that Arab Iraq does not have the authority to send security forces into the Kurdistan Regional Government’s territory after Hashimi.

In the southern Shiite province of Babil, dozens of angry residents gathered in a demonstration against Hashimi, likening him to Usamah Bin Laden and blaming him for terrorist attacks in which their friends and relatives were killed.