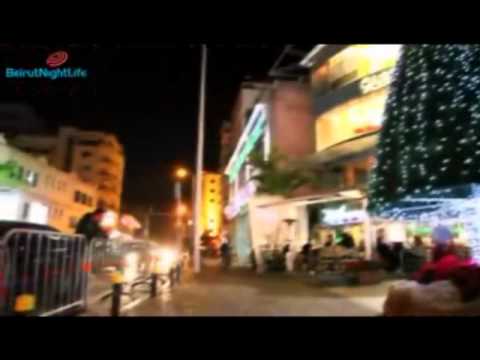 The press is full of stories this Christmas season about the negative effects on Middle Eastern Christians of the Arab upheavals of 2011. This “vale of tears” approach does profound injustice to the actual reality of the Arab Christians. The discourse of the persecution of a helpless Christian minority serves Orientalist purposes, intimating that the West has yet another hapless object of pity and reason to intervene in the Middle East, and blaming Muslims as a whole for intolerance instead of acknowledging cross-religious alliances.

The Egyptian revolution against Hosni Mubarak, for instance, was an ecumenical affair, with many of Egypt’s 8-million-strong Coptic Christians joining their Muslim compatriots in protests (Christians are about 10 percent of the Egyptian population). Christians no less than Muslims were fed up with Mubarak’s dictatorship. They were convinced that the regime fomented sectarian tensions so as to divide and rule. They were under disabilities imposed by the Mubarak state.

While Egyptian Christians are understandably nervous about the strong showing of Muslim fundamentalists in the first two rounds of the elections for the lower house of parliament, they are not mere bystanders. They have protested courageously for their rights, incurring casualties at the hands of the army, and were among the first to call forcefully for the military to step down. They are not without resources– there are many Coptic attorneys and businesspeople, and the billionaire Sawiris family is from this community. Many Coptic Christians support the Wafd Party (in the emergence of which, as a standard-bearer of Egyptian nationalism in the teens and twenties of the last century, they played a role). Likely the Freedom and Justice Party of the Muslim Brotherhood will seek a parliamentary alliance with the Wafd Party, so that far from boycotting the Brotherhood’s party, the Copts in the Wafd may well be its partners in rule. Instead of seeing them as a helpless minority and special object of pity on the part of the Christian West, we should see them as inexorably interwoven with Egyptian society and as important social actors in their own right. They face challenges, as do others (Mubarak persecuted certain kinds of Muslims, too). But that meeting of challenges is just ongoing politics, not the end of the world.

Likewise, in Lebanon, Christians are self-confident and have formed political alliances with non-Christians. Indeed, a major Christian faction is allied with the Shiite fundamentalist group, Hizbullah, an alliance that underpins the current cabinet. Other Christians are allied with the Sunni-led March 14 coalition. In recent years, a Christian general has typically been president, and this is true at the moment. Lebanon saw impressive economic growth in the years prior to 2011 but was hurt by the upheavals in the region. Growth is expected to tick up in 2012. Lebanon is a country of about 4 million, and it is estimated that 40 percent of the voting-age population is Christian (though the over-all percentage is lower because Muslims predominate in the next, youth, population bulge).

and here is pop star Nancy Ajram lighting the Christmas tree in Verdun:

Where Christians are in a truly difficult situation, as in Iraq, the proximate cause is actually American intervention, which was conducted in such a way as to heighten sectarian tensions. Christians were flourishing in Iraq in 2000 and 2001, and there was no al-Qaeda extremism. The instability provoked in Iraq by George W. Bush is far more important as an explanation of their difficulties than a supposed eternal and essential Muslim hostility to them (if that were the case, why are they better treated in some times, places and governmental systems?)

Chaldean Christians in northern Iraq have cancelled private Christmas celebrations this year, restricting themselves to church services. Alsumaria reports that Chaldean Archbishop Louis Sako said, “the continuous targeting of Christians in Mosul, incidents of Badinan of Kurdistan in addition to other situations in Iraq led Christians to cancel Christmas celebrations…” It isn’t just Arab Muslims who have tensions with Iraqi Christians, but also the Kurds, who are largely American allies.

Likewise, continued massive rightwing Israeli land and water theft in the Palestinian West Bank, and the separation barrier built by the Israelis that crowds in on Bethlehem, have hurt the Palestinian Christians, who are for the most part in solidarity with the Palestine Liberation Organization.

The some 12 million Arab Christians ( out of some 350 million Arabs) are active agents in their own fates. They make alliances with Muslim fundamentalist forces as well as with secularists, and sometimes switch alliances. They fight back against repression, as they did at Maspero in Cairo this year, risking death or injury. And the Christian West and its Jewish-nationalist allies can sometimes be their worst enemies, not sympathetic rescuers.