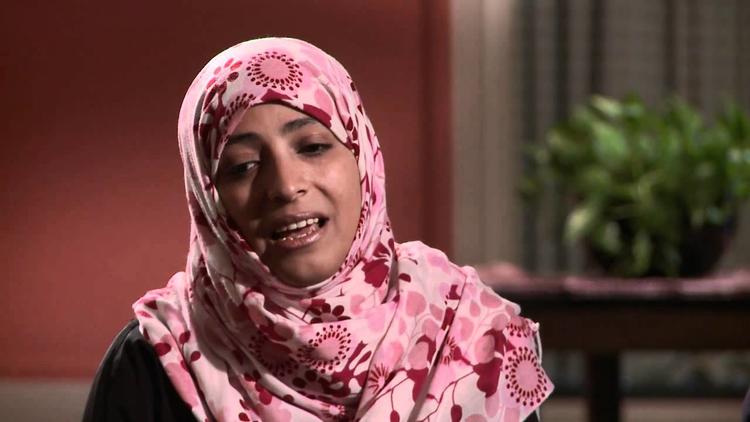 My interview on Arab feminism, youth activism, and revolution with Nobel Peace Prize winner Tawakkul Karman of Yemen is now up at YouTube.

I asked her not only about high politics but about social issues such as the role of women in the revolution and the threat of religious radicalism. I asked each question twice in the beginning, once in Arabic for her and for precision, and then in English for the video. We cut the former in editing; but in any case it gradually became apparent that Ms. Karman understands English well.

Ms. Karman is urging the US to sanction President Ali Abdullah Saleh personally to force him completely to relinquish power.

After the interview was concluded, Saleh accepted the Gulf Cooperation Council plan for resolving the crisis. He now says, at least, that he has transferred power to his vice president in anticipation of February presidential elections. A national unity cabinet has been formed, mixing Saleh loyalists with pro-change politicians.

As I explained yesterday, the Yemeni opposition is generally not satisfied, because Saleh still has immunity for the crimes he committed, and it is not clear how much real change is happening at the top (some say Saleh remains an eminence grise). Ms. Karman continues to call for his assets to be frozen and for him to face trial.

Ms. Karman’s perspective on the revolution in Yemen is invaluable, since she has been a major figure, camping out in a tent in “Change Square” in Sanaa and making all the sacrifices and taking all the considerable risks that entails. Her importance as a model of social activism for a new generation of Arab women cannot be underestimated.

She is clearly a dynamic, inspiring person of unflagging energy and high ideals, and the full force of her personality doesn’t really come through on video.

The University of Michigan Near Eastern Studies Department set up the interview, which was shot and edited by the UM News and Information Service’s “UM Productions.” Many thanks to kind colleagues who involved me and to the latter for all their help.