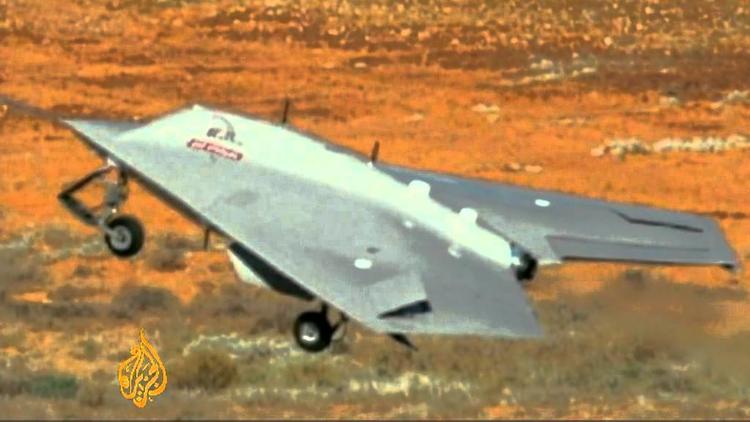 Iran said Thursday that it had hacked into the unmanned RQ-170 Sentinel US spy drone flying over eastern Iran and brought it down that way.

The Iranians have complained to the United Nations about the drone’s invasion of Iranian air space.

The Iranians displayed the drone on Thursday, and it seemed in good condition. Washington fears that Iran will give Russia and China access to the weapon, allowing them to gain state of the art US spy technology.

The Jomhuri-i Islamii (Islamic Republic) newspaper, which is close to former president Akbar Hashemi Rafsanjani, asserted that the downing of the drone demonstrates that Ameica’s moon is “waning.” The editorial went ton to say (trans. USG Open Source Center):

‘In the news regarding the unmanned spy plane of America, the fact was also noted that its downing occurred with minor damage and that the plane is currently in Iran’s possession. This news has significant technical dimensions and consequences, which is highly worrisome for the Americans. The fact that Iran was able to take the plane out of the Americans’ control and take possession of it amounts to a scientific advancement for Iran. And the fact that such an important spoil (a spoil of war) is under Iran’s control without any significant damage also means that, if this spoil is studied from a scientific perspective, its worth will be twofold. As much as this is good news for us, it (proves to be significantly less so for) America.’

Iranian newspapers also took pride in the revelation that Washington had given up on an initial plan to get up a covert action team who would destroy the plane and keep its technology from falling into the hands of iran, China and Russia.

The US spies pretty intensively on Iran, and it is telling that US military personnel have never found any positive evidence of a nuclear weapons program (something that should consume enormous quantities of water and electricity).