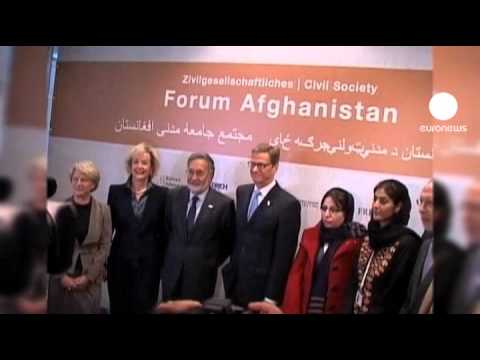 The Pakistani government is forcing the United States to depart the Shamsi Air Base in Baluchistan within two weeks, as one of three steps taken to protest the killing of 24 Pakistani troops by US war planes on 26 November.

The incident was probably an example of friendly fire, though what exactly happened and why is murky. It added to a sense of crisis in US-Pakistani relations, for which 2011 has been a troubled year.

In the past year, a CIA contractor has shot down people in broad daylight, the US embarrassed Pakistan by not warning Islamabad of the assault on Usamah Bin Laden, and former chairmand of thejoint chiefs of staff, Adm. Mike Mullen, more or less accused Pakistan of complicity with the Haqqani Network in an attack on a US embassy in Kabul. In short, Pakistani self-respect has been dragged through the mud by Washington.

You can only imagine how Americans would feel if Pakistani agents were wandering American cities and occasionally offing people; and if Pakistani convoys were plying the country with military supplies for Pakistani bases in Canada, and Pakistani drones were zeroing in on mountaineer insurgents in the hills of Kentucky.

Some in the Pakistani press saw the attack as deliberate, and Jang speculated that the US was punishing Pakistan for its alleged support of the Haqqani group, which the US considers a terrorist organization.

But in the short to medium term, Pakistan and the US will repair their relationship, because what drives that tie is a set of common interests.

1. The US is the number one destination for Pakistani exports. Pakistan supplies the US with roughly 3% of the textiles imported to this country, but also brings in other Pakistani manufactures.

2. Not only is the US Pakistan’s number one trading partner, but the US alliance has been highly useful to Pakistan in opening to it the European market. The US was instrumental in convincing the European Union to offer Pakistan a unilateral trade concession, and in lobbying the World Trade Organization to permit it. Pakistan’s access to the German market, to which it sent $1.216 billion in exports this year, is thus in part a function of Islamabad’s alliance with Washington.

3. Pakistan is isolated and needs friends. Pakistani elites are improving relations with India, but they maintain a rivalry with New Delhi. They do not trust the Tajik (Persian-speaking) elites in neighboring Afghanistan, who they see as allied with India. They have indifferent relations with Iran. They have close relations with China, but China cannot fulfill the economic and political role for Pakistan that the United States does.

4. Pakistan has some of the same enemies as the United States. Both are threatened by the neo-Taliban, including the Tehrik-i Taliban Pakistan or Pakistan Taliban Movement. They have a difference of opinion over the fundamentalist Haqqani Network, which the US views as a terrorist organization but which the Pakistani military sees as an authentic Afghan group that is allied with Pakistani interests.

The steps Pakistan took to protest the deaths of its troops are symbolic. Closing the Shamsi Base to the US does not seriously impede American ability to dominate the air or to get up covert action missions. It is an annoyance but not a blockage.

Pakistan refused to attend the summit on Afghanistan in Bonn, Germany on Monday, as part of its protest against the US action. Euronews has video:

Pakistan and the United States have imperfectly overlapping goals and policies in the region. For this reason, they are continually falling into crisis with one another. But the overlaps are so extensive that they are typically brought back together over time.