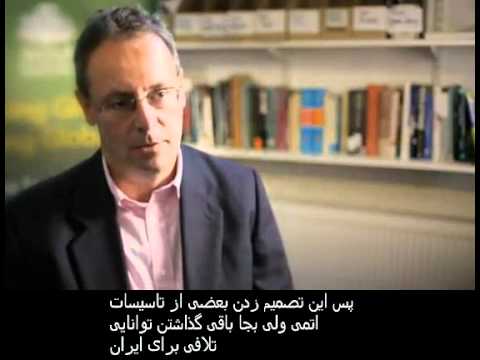 The war of words between Iran and the West has reached dangerous proportions, and it may easily get out of hand. It is clear that the majority of people in the West and in Iran do not wish the hostilities to develop into an open conflict, but events – and rhetoric – have a life of their own and have a tendency of getting out of control and leading to unintended consequences that would harm both sides. So, instead of ratcheting up the rhetoric, it would be wiser and more productive to make some serious efforts for finding a solution to the crisis, rather than intensifying it.

Sanctions clearly have an effect on the targeted country, but their impact will be mainly on the civilian population rather than on the governments. We have had many examples of sanctions that did not lead to surrender by the targeted regimes but to war. Iraq is a clear example, where despite the fact that hundreds of thousands of Iraqis, mainly children, died as the result of the sanctions, Saddam Hussein’s regime remained intact and was removed only as the result of a disastrous war and the occupation of Iraq. Iran is another example. It has been under intense sanctions ever since the victory of the Islamic revolution, but they have made the regime and the people more belligerent, rather than more submissive. There is no reason to assume that the latest sanctions would have a different effect.

There is a fear that both sides underestimate the resolve and the ability of the other side to inflict severe damage on their adversary. It is foolish of the Iranian leaders to either underestimate the gravity of the situation, the American resolve or America’s ability to inflict substantial damage on Iran, especially if Iran is portrayed as having acted against international law by blocking an international waterway. In a conflict with Iran, of course the United States would prevail, and Iran would suffer even more than Iraq did, because it has greater capabilities and therefore the punishment has to be more severe.

However, contrary to some commentators deliberately understating the outcome of the conflict, any use of force against Iran will have grave and unforeseen consequences. In order to prevent Iran from retaliating against American forces and against Israel, any attack on Iran should be massive, hitting thousands of targets, including missile sites, anti-missile sites, revolutionary guards and military bases, Iran’s navy and speedboats, command and control headquarters, etc, resulting in tends of thousands – if not hundreds of thousands – of Iranian military and civilian casualties. A recent documentary by Aljazeera showed some of the consequences of a US-Iranian military encounter:

On the other hand, there is a tendency by some pundits in the West to downplay Iran’s response. The aim of the recent Iranian military exercises in the Persian Gulf and the Sea of Oman and the statements by both political and military officials in Iran was to make it clear to the West that Iran would respond to threats by threats and to force by force. Although the Iranian military is no match for the US military, nevertheless, it has the capability of doing major damage to US forces and to global economy.

They have the capability to block the Strait of Hormuz where over a sixth of world oil exports and more than 80 per cent of the exports from the Persian Gulf region pass. They have a huge number of missiles, advanced artillery pieces, speedboats, aircraft, drones, fanatical fighters etc. All they have to do is to lay a few mines or sink a few tankers, or even military vessels. Then, let’s see which insurance company would be willing to touch the shipping in the Persian Gulf for a very long time until the Strait is cleared. It will result in much higher oil prices, destroying any hope of improvement in the still anaemic economic situation in the West; not to mention Iran’s possible attacks on Israeli, Israel’s massive response and the involvement of many other countries in the conflict. It’s a very risky policy. This is why many saner Israeli officials, including two former heads of Mossad, have said that an attack on Iran would be foolish. Any attack on Iran would also put back the cause of democracy and reforms in Iran for many decades, and this is why even reformist leaders opposed to the present regime have strongly condemned any military intervention.

Instead of intensifying the rhetoric and the sanctions, it is time for cooler heads on both sides to take charge of the situation before it is too late. It is also time to accompany the big stick of sanctions with some meaningful carrots. The aim of the sanctions is to reach a desired, peaceful outcome, but if the sanctions are not accompanied by diplomacy they will be self-defeating. As Richard Dalton, Britain’s former ambassador to Tehran from 2002 to 2006, told Reuters, “The West needs a flexible and imaginative approach to enable the Iranians eventually to climb down.”

Where are the diplomats on both sides who would prevent the present dangerous impasse sliding into war? The sanctions were initially supposed to persuade Iran to give up her enrichment program, but now they are clearly aimed at regime change.

The reason for the latest crisis in the Persian Gulf is the AIPAC-driven resolution that called for sanctions against Iran’s Central Bank and blocking Iran’s oil exports that account for over 70 per cent of her foreign currency earning. This is an act of war according to international law, and Iran is entitled to respond to that aggression. Iranian officials have said that if they were prevented from exporting their oil and in fact subjected to a blockade they would not allow other countries to export oil through a narrow waterway, whose navigable part mainly falls within the Iranian territorial waters. President Obama has been ambushed by that unprecedented resolution that goes well beyond anything that the Security Council had authorized, and the Congress wishes to coerce other countries to also go along with its illegal sanctions.

During the run-up to the next presidential election, President Obama cannot afford to appear weak and, therefore, has no option but to follow the resolution to its logical conclusion, which is a major and disastrous conflict with Iran, at a time when he wants to withdraw U.S. forces from the Middle East. At the same time, this serious spat with Iran has diverted world attention from the total collapse of Arab-Israeli peace talks, and has also overshadowed the more important conflicts that are brewing in the rest of the Middle East as the result of the Arab Awakening.

What is needed in this sensitive situation is for President Obama to show real leadership and turn this crisis into a new opportunity for real and meaningful negotiations with Iran, something that he promised but was aborted as the result of failure by both sides to pursue the negotiations with goodwill and with the intention of resolving all the differences. Instead of using this crisis as an excuse to wage another disastrous war, President Obama should push for a real and meaningful campaign of non-proliferation, by declaring a nuclear-free zone in the Middle East, including Israel’s illegal nuclear arsenal, and a fair regional security pact that would ensure the safety of all the countries in the Middle East, including the Iranians, the Israelis, and the Persian Gulf littoral states. Iran should also be drawn in to play a positive role in Afghanistan, Iraq, Syria, Lebanon, and fighting against the Taliban and al-Qaeda where Iranian and American interests largely coincide.

Another war in the Middle East will not only do great damage to Iran, but will also be disastrous for America and for world economy. It will not even save Israel from what it should do, namely to reach a fair settlement with the occupied Palestinians on the basis of UN resolutions. There is no other rational and sane solution to the present conflict but to increase engagement and dialog rather than war rhetoric.