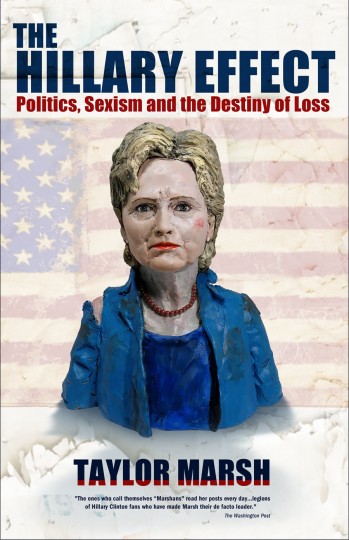 Taylor Marsh writes in a guest column for Informed Comment

There’s a reason Obama reelect doesn’t have a slogan.

All they’ve got is a question: Are you in?

Symbolic of this problem is what happened to Elizabeth Warren when her rise was met by Tim Geithner’s foot, and why Ron Suskin’s book Confidence Men made the Administration queasy. Since Pres. Obama was forced to make a recess appointment to the Consumer Financial Protection Bureau, which Warren created, you have to ask why he didn’t fight for Warren in the first place, because he could have appointed her in the same way. Pres. Obama’s leadership style is also seen in Wall Street firms earning more in Pres. Obama’s first years than in both terms of George W. Bush.

Then there’s Obama’s foreign policy, which picked up where Bush left off. Pres. Obama’s “serious reservations” didn’t keep him from signing the NDAA, something any conservative Republican president would have signed. Indefinite military detention without trial is now the policy of the Obama administration, which is something Mitt Romney would also do. There is no habeas corpus at Bagram Air Base in Afghanistan. What is called “targeted killing” has actually increased under Pres. Obama, something Glenn Greenwald writes about regularly. As for “secret prisons,” it’s not quite as a bad as Bush, because now people are held for a “short-term transitory” basis. But Pres. Obama’s surveillance program is identical to his predecessor. Candidate Obama was against the Iraq war, but he had no trouble bombing Libya without congressional oversight or approval, even though it was not of strategic interest to the U.S. or a clear and present danger. We’ve supposedly gotten out of Iraq, but there is a 104 acre embassy, the biggest on planet earth, with support and logistics to match.

It’s also why Pres. Obama showing up in Osawatamie, Kansas to use the Occupy message didn’t fool smarter folks, because if his leadership matched the words he spoke Robert Reich wouldn’t be floating hail Mary posts about switching Biden with Hillary.

Today, women’s concerns are focused on economics. But is it enough that the 111th Congress passed the Lily Ledbetter Fair Pay Act, which Pres. Obama signed? We should expect all 21st century politicians to support economic equality. But to laud something as fundamental as financial equity for the same job simply because Senate Republicans don’t reveals women, regardless of political party, are expecting way too little from our politicians who depend on our support to keep their job.

Pres. Obama proved his economic timidity in the 2010 midterms, when you didn’t hear anything close to the speech he gave in Kansas, which didn’t come until he began campaigning for his own reelection. At least he always has his own back. Back in 2010, he and his pal at the DNC, Tim Kaine, now running for Senate from Virginia, refused to make any Democratic case at all on economics. Obama then followed that up by caving and extending the Bush tax cuts. Obama and the Democratic midterm shellacking is what delivered state houses in record numbers to the right, which led to an assault on unions, the middle class, as well as women’s individual freedoms.

Looking at reelection, Pres. Obama decided to put politics over science on Plan B, even though it was proven completely safe for females, regardless of age. To make matters worse, because he evidently thinks women are stupid, he hid behind Secy. Kathleen Sibelius, the head of Health and Human Services, saying it wasn’t his decision. This kind of cowardice in a grown man is unattractive; in a Democratic president it is unacceptable.

It’s not like Plan B is an abortificient like RU486. All Plan B does is stop pregnancy or implantation. If you want a non-scientific description, this basically means ingesting a pill that makes a female’s uterus inhospitable for fertilization; a chemical change in the female’s body so a pregnancy cannot begin. It’s absolutely not an abortion, because there’s no fetus yet.

Pres. Obama made a choice any Republican president would have made. That’s not what I voted for in 2008 and not what Democrats have promised for decades.

Leader Nancy Pelosi gave Pres. Obama a pass on his Plan B decision, while Rep. Diana DeGette, a member of the so-called “Pro-Choice Caucus,” said she was “disappointed.”

George W. Bush inspired the rise of the Tea Party, so one hoped that Barack Obama’s repeated applications of conservatism would unleash a requisite uprising on the left. However, there has been no challenge to Pres. Obama, with progressives in Congress and outside groups again and again rallying for him, while choosing to ignore his choice of conservatism over progressivism.

Pres. Obama can’t find a reelection slogan because his 2012 campaign boils down to the reality that “hope and change” has been reduced to “Republicans are worse.”

That’s not good enough for me anymore.

Taylor Marsh blogs at Taylor Marsh and is author of The Hillary Effect: Politics, Sexism, and the Destiny of Loss