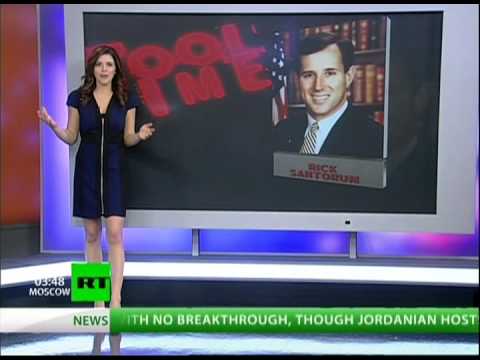 Rick Santorum is trying to distance himself from Rush Limbaugh’s slander of Sandra Fluke. He maintains that Limbaugh is just an “entertainer” and that he was “being absurd.”

Limbaugh is not just an entertainer. He is a major force in Republican politics and in shaping political discourse in the United States. None of the Republican candidates wants to admit that they are joined at the hip with Limbaugh.

More important, Limbaugh’s defamation of Sandra Fluke is simply a logical extension of what Rick Santorum has said. He wasn’t being “absurd.” He was engaged in a reductio ad absurdum, taking an argument to its ultimate conclusion.

Santorum said that contraception is not all right because it allows people to do things sexually that they aren’t supposed to do. (His discomfort with the very subject and awkward phrasing are in themselves very suspicious).

In other words, Santorum believes that freely-available contraception encourages people to engage in casual sex, which he believes the government should forestall by abrogating any right to privacy. While there isn’t a typical pejorative for a man who sleeps around, there are lots of words for a woman who does. One of them is “slut.”

So when Limbaugh called Sandra Fluke that, he was simply making explicit something that Santorum had already said.

Limbaugh isn’t “entertaining” when he lashes out at a private citizen like that. He is putting into practice the principles Santorum had enunciated. Limbaugh is just Lenin to Santorum’s Marx. Indeed, we ought to speak of Limbaugh-Santorumism.

Santorum says he is in a very different business than Limbaugh. He isn’t. Both of them are in the business of Inquisition.