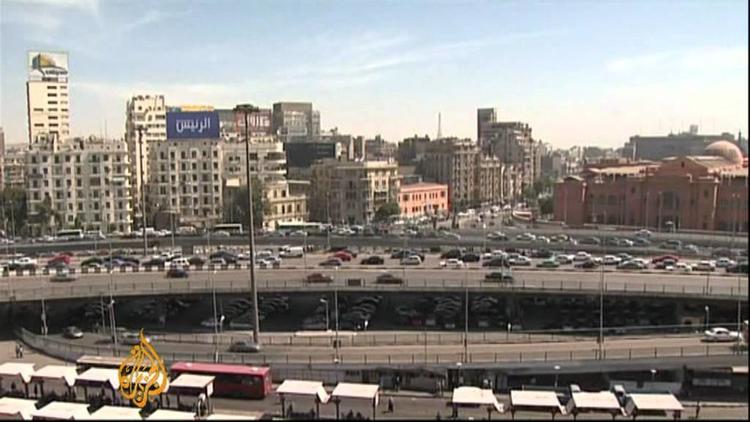 The election of Egypt’s new president to succeed deposed dictator Hosni Mubarak, has taken on increased importance and has become more unpredictable because of the intervention of the judiciary and the electoral commission. In a way, the principle of the separation of powers and of checks and balances is operating in Egypt, whether Montesquieu would approve of the exact manner or not.

On Saturday night at 8 pm Cairo time, the Electoral Commission issued a ruling making 10 of Egypt’s 23 presidential candidates ineligible to run. Those excluded included former military intelligence chief Omar Suleiman, for being too associated with the overthrown government, and Muslim Brotherhood candidate Khairat al-Shater, for corruption convictions. Hazem Abu Ismail of the hard line Salafi Nur party was disqualified because his mother had late in life taken American citizenship, making him the son of an American and violating the constitutional provision that the president must be scion of an Egyptian family.

The exclusions leave three major candidates. They include Amr Moussa, for a long time the secretary-general of the Arab League and a secularist. The other two are Abdel Moneim Abu’l-Futouh, a Muslim reformist who broke away from the Muslim Brotherhood, and Muhammad Morsy, a current Muslim Brother.

Although it is true that Muslim fundamentalists did very well in the parliamentary elections, it cannot be assumed that their popularity is unlimited. The Egyptian public may want to split the ticket, in order to prevent the rise of another dictatorship. Such a sentiment would help Moussa, and maybe Abou’l Fotouh as well.

Before the current crisis, an administrative court had struck down the Constituent Assembly appointed by parliament to draft Egypt’s new constitution. The court found that the Muslim Brotherhood’s Freedom and Justice Party, which has a majority in the lower house of parliament, had packed the Assembly with members or sympathizers, excluding large numbers of Egyptians from representation on it. In recent weeks, Coptic Christians, secularists and even the al-Azhar seminary (Sunni Islam’s chief site of religious authority) had withdrawn from the Constituent Assembly on similar grounds.

The ruling may be appealed, but likely the May 24 presidential election will now be held before a new constitution is approved. Under the old constitution, the president in Egypt is virtually all-powerful, and the new president would rule at least for a while under the old rules. No one found that prospect appealing, certainly not the Supreme Council of the Armed Forces, a council of 22 high officers that currently functions as a collective presidency, led by Field Marshall Hussein Tantawi. SCAF had promised to go back to the barracks once a civilian president was elected, but they were probably counting on the post being filled by a much weakened figure. Now they’d be in the position of potentially installing someone powerful enough to grapple with them.

Others may have their favorites, but in my view the presidential race is now wide open, and a Moussa win cannot be ruled out.