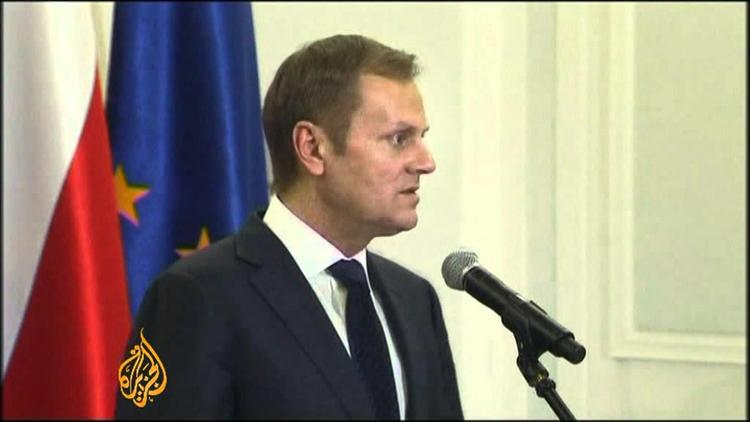 Poland’s Prime Minister Donald Tusk is now more or less admitting what has long been suspected: The Bush administration established a secret CIA prison in Poland and had Polish security officials help torture al-Qaeda suspects there.

These steps were unconstitutional in Poland on two grounds: first, high Polish officials surrendered sovereignty over Polish territory to the US Central Intelligence Agency. Second, torture is forbidden in Poland. In addition, it contravenes European Union conventions and treaties.

Poland had only escaped the grip of the Soviet Union in 1989, and so its democracy was a fledgling one. For the Bush administration to seduce its high officials into committing torture risked permanently marring its politics and undermining that democracy. Polish human rights workers have been deeply critical of Soviet-era torture, and to be put in the position of having to acknowledge this practice in their own country weakens their moral standing and besmirches the name of those tortured in the Stalinist era.

Waterboarding and extreme stress techniques are also illegal in US law and practice.

One of the suspects tortured in Poland was Abu Zubayda, an addled safehouse keeper whom the Bush administration built up into a mythical ‘number three man in al-Qaeda.’ Abu Zubayda still suffers ill health and increased symptoms of mental illness as a result of the torture.

Some detainees at Guantanamo are guilty of plotting or carrying out terrorist operations of some magnitude, and that George W. Bush should have transformed them into victims of torture is the most degrading thing he did to those killed on September 11. In other instances, the US swept up a lot of innocents or petty criminals in its dragnet against al-Qaeda, and torturing them was not only useless and illegal, but actually a way to lose hearts and minds in the Muslim world and so was supremely self-defeating.

President Barack Obama ordered, on coming into office, that waterboarding and other torture cease. He has, however, gone out of his way to block victims of torture from launching legal actions, and has run interference for guilty officials, ensuring that there is no accountability for the torture programs.

Former Polish officials who allowed the torture on their soil, including the then head of Polish intelligence and the then prime minister and president, may be called to testify before the State Tribunal, Poland’s equivalent of the Supreme Court. The prime minister was Leszek Miller. The President of Poland at the time, Aleksander Kwasniewski, had not been told by his intelligence officials about the black site. But in 2003 when George W. Bush visited Warsaw, he thanked Kwasniewski so profusely and warmly for Poland’s help in the “war on terror” that the Polish leader became suspicious, since he hadn’t to his knowledge actually done much. He made inquiries, discovered the truth, and shut the prison down.

This darkly comic anecdote demonstrates a number of important points. First, W. is thick as two blocks of wood. Second, he knew about the torture programs and about the farming out of torture to US allies, which is a punishable offense in US law. Third, the practice of torture, being illegal in Europe, impels intelligence agencies to go rogue and establish black cells inside themselves that can hide operations from the president and other civilian political leaders. (Allegedly PM Miller did know about the operation). This procedure, adopted under US pressure, profoundly undermined democracy and human rights in Poland.

In essence, Polish intelligence behaved the way Stieg Larsson depicted Swedish intelligence as behaving, in his Girl with the Dragon Tattoo. Or it behaved as Barry Eisler’s CIA and DIA villains do in his Ben Treven novels, such as Inside Out . Unfortunately, what happened in Poland is all too real, and it also happened in Langley, as Glenn Carle discovered (see his The Interrogator. Carle refers to what happened in the Bush era as a “coup.”

Aljazeerah English reports on the investigation:

The USG Open Source center translated an article in mid-February that spilled the beans about the torture program in Poland and the lawsuits it is generating, which may help explain why PM Tusk has gone so public.

The Palestinian Abu Zubayda maintains that he was imprisoned in the Mazury region [of Poland].

The number of prisoners from Guantanamo who maintain that they were tortured by the CIA in Poland is increasing. Lawyers feel that the successive allegations undermine our country’s credibility.

The Palestinian man Abu Zubaydah is considering filing a complaint against Poland in Strasbourg — says Bartlomiej Jankowski, one of his defense attorneys. Already last year, the Palestinian filed a complaint with the European Court of Human Rights against Lithuania, where he alleges he was detained starting in 2005.

In May 2011, the Saudi man Abd al Rahim Al-Nashiri, suspected of involvement in the attack against the American warship the USS Cole in Yemen in 2000, filed a complaint with the court. It speaks of torture and the violation of his right to life. He is demanding recognition that Poland violated the human rights convention guaranteeing the right to life and freedom. He also complains about the sluggishness of the Polish investigation into the CIA prison case.

That investigation has been underway since 2008. Now it has been suddenly shifted from the prosecutor’s office in Warsaw to the one in Krakow.

The Saudi and the Palestinian are today in the US prison in Guantanamo, but they have the status of wronged individuals in the Polish investigation. “The change of prosecutor’s office will further prolong the proceedings,” says Mikolaj Pietrzak, representing al-Nashiri. Al-Nashiri’s defenders have asked the court in Strasbourg to treat his complaint as a priority. He faces the death penalty in the United States.

The Yemeni man Walid bin Attash (who is also at Guantanamo), suspected of preparing the attack against the USS Cole destroyer, claims that he was imprisoned in Poland. His representative Cheryl Bormann has just visited Warsaw. She wants to file a request to have her client awarded the status of a wronged individual in the Polish investigation. She met with lawyers from the Helsinki Human Rights Foundation and members of parliament from the Palikot Movement.

“The American attorney asked us to take an interest in the prison issue,” confirms MP Artur Debski from the Palikot Movement, a member of the Intelligence Services Committee.

A CIA prison is alleged to have existed in the Mazury region from December 2002 to September 2003. This is confirmed by data obtained by the Helsinki Foundation from the Polish Air Navigation Services Agency and Border Guard about the routes of US military planes and landings at the airport in Szymany. It is also discussed by a report from the CIA’s inspector general.

“Another prisoner who was brought to Poland was Khalid Sheikh Mohammad,” says Dr. Adam Bodnar from the Helsinki Human Rights Foundation. The Palestinian is said to have led al-Qa’ida’s preparations for the attack against America in 2001. “Europe will not cease to be interested in the case of CIA prisons in Poland. Our credibility and prestige depend on the results of the Polish investigation,” he adds.

The UN Human Rights Council and the Council of Europe are interested in the Polish investigation. “We know who was held in CIA prisons in Poland and what interrogation methods were used,” Thomas Hammarberg, commissioner for human rights, said in October 2011. In his view, they may be deemed to constitute torture.

Will the result of the Polish investigation be charges against politicians or intelligence chiefs for consenting to the use of torture? Theoretically the former highest ranking Polish officials could be summoned before the Tribunal of State for relinquishing sovereignty over part of Polish territory — lawyers say. Such a motion would have to be backed by 115 members of parliament. However, politicians are denying the existence of CIA prisons in Poland.