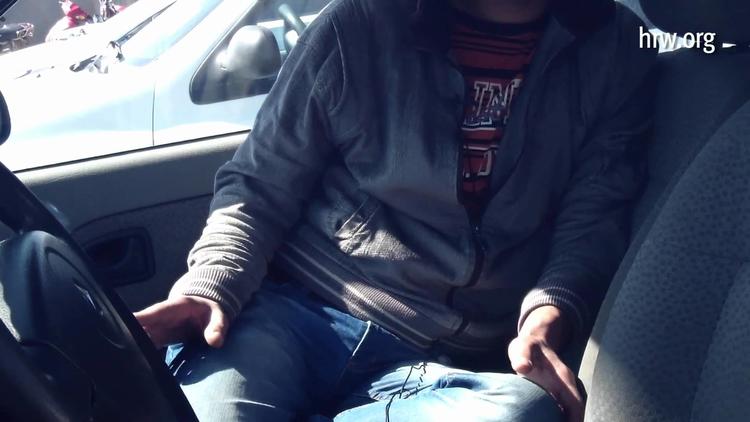 Jack Serle writes at the Bureau of Investigative Journalism:

Human Rights Watch and Amnesty International have published eight formal reports on Syrian human rights violations since the rebellion began. These have appeared alongside almost daily statements and calls for action over the abuses meted out on civilians. And yet the violence has continued for more than a year.

Compiled from interviews with more than 30 witnesses, Human Rights Watch’s report In Cold Blood documents the summary and extrajudicial executions of at least 101 people from the end of 2011 to March this year.

This report recounts in agonising detail eyewitness testimony detailing the deliberate murder of combatants and noncombatants, old and young, men and women.

One example of those recorded by HRW is the harrowing tale of a mass killing on March 11 and 12 in the ‘Adiwiyya, Karm al-Zaytoun and Refa’i neighbourhoods of Homs.

‘When I got to Bab Dreib, there were 16 corpses, all women and children. Some of the children had been hit on the head with sharp objects. The brain was outside the skull’
Anas, Syrian Activist

Pro-government Shabeeha militiamen executed at least 28 men, women and children. Anas, an activist who buried the dead discovered bodies had been taken to the Bab Dreib neighbourhood.

He told HRW: ‘When I got to Bab Dreib, there were 16 corpses, all women and children. Some of the children had been hit on the head with sharp objects. The brain was outside the skull.’ Two cars brought 12 more bodies. ‘They were all burnt,’ Anas added. ‘Some we could not identify.’

Other activists tell of a far higher death toll. Shadi said 47 bodies from six separate families were recovered from Karm al-Zaytoun. ‘We went into five homes,’ he told HRW. ‘We found four dead families in four separate homes. There were children, women, men.’ Some had bullet wounds, others knife wounds he said. Some were just burnt.

The joint UN-Arab League special envoy Kofi Annan’s peace plan has been viewed with much scepticism. A ceasefire appeared to be holding in some areas but video footage claiming to show tanks shelling positions in Homs have already appeared.

Syrian security forces are not withdrawing from urban centers. Snipers are reported to be nested on roof tops. Soldiers with heavy weapons and tanks remain in position, setting up new roadblocks.

This contravenes a central stipulation of the Annan Plan, supporting the assumption Syrian President Bashar al-Assad will not respect a ceasefire.

At least 8,000 people have been killed in the violence that has crippled the country since March last year. Assad’s military and paramilitary forces have shelled cities and fought battles with the Free Syrian Army, a force made up in large part by soldiers who defected from the national army.

After 13 months of protest, uprising and civil war Syria and its callow rulers have invoked horrified calls for action. HRW conclude this report with the customary recommendations to governments and international bodies. The report calls for sanctions and unanimity in condemnation of the atrocities.

These recommendations are all but identical in each of the four reports on Syria that HRW has published since June last year. But the slaughter continued unabated. So many voices from international groups to individual Syrians have been clamouring for so long for an end to the bloodshed. It is a forlorn hope that the Annan Plan’s fragile and patchy ceasefire remains.

You can read the HRW report here.

____________
Mirrored from The Bureau of Investigative Journalism