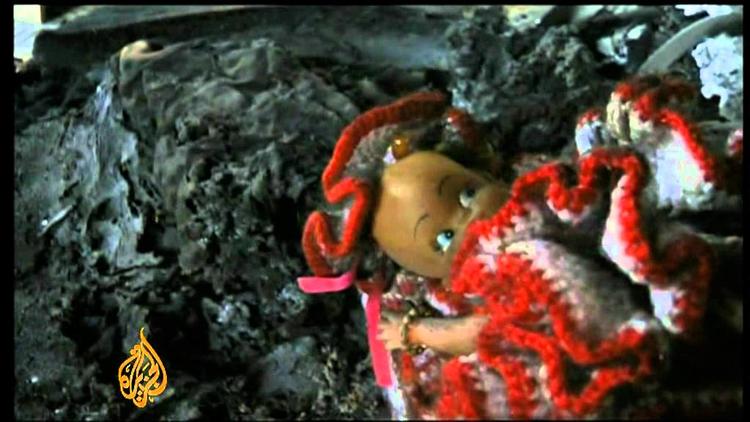 1. Syrian military forces subjected the Arba’in district of Hama to intensive machine gun fire on Monday, and some 28 civilians were killed by government forces even while UN military observers were touring parts of the capital, Damascus. More UN observers will arrive next week, but they appear mainly to be coordinating with the regime, not with dissidents, and likely won’t be allowed to go to the places the government is killing people.

Aljazeera English reports on the continued resistance to the regime of provincial towns, despite Baath Army attacks:

2. Egypt has terminated the Mubarak-era natural gas deal with Israel. Israel got 40% of its gas from Egypt, but has been forced to seek other sources at world market prices. Former Egyptian president Hosni Mubarak, his then energy minister, and a major businessman have been charged with taking personal bribes to sell Israel gas at far below-market prices. The revolutionaries in Egypt have been demanding that the corrupt deal, typical of the Mubarak era, be cancelled, and likely the decision was aimed in part at mollifying an angry public ahead of the May 23 presidential elections. Although Israeli officials have muttered about the cancellation being contrary to the Camp David peace treaty, that is nonsense. Nothing in Camp David obliged Egypt to sell gas to Israel at a deep discount. The likelihood is that Israeli interests got the deal through graft and should themselves be investigated for possible criminality (the story may come out in the Egyptian trials of former officials).

While the cancellation does not signal and end to Egyptian peace with Israel, it does signal that the supine subjection of Egypt to Israeli interests is coming to an end.

Aljazeera has a video report:

3. Two airstrikes were launched in Yemen against militant fundamentalists on Monday, killing 7 of them. At least one of these was actually a US drone, with the Yemeni authorities providing cover to the US CIA over this attack. The other may or may not have been a Yemeni air force strike. One of the airstrikes hit Helpers of the Sharia fighters near Lawdar in Abyan province. One outcome of the overthrow in Yemen of former president Ali Abdullah Saleh has been a deterioration of security in Abyan, with militants taking major towns.

4. On Monday, hundreds of protesters in the Shiite town of Bilad al-Qadim clashed with Bahrain police. A new round of protests was set off after a protester was found dead on Saturday in Bahrain. On Sunday, thousands of mourners (mostly Shiites) had demonstrated in the capital of Manama, chanting down with Hamad (King Hamad Al Khalifa, the Sunni ruler of the Shiite-majority isles). Their protest was also targeting the Grand Prix, held that day in the capital. Aljazeera English has video:

5. The Libyan transitional government provided uniformed troops to Tripoli’s major airport on Monday, relieving grateful Zintan militiamen who had been more or less doing volunteer duty there. The militiamen engaged in celebratory fire at the turnover. The new Libyan military is still small, but is gradually growing and getting training. This baby step is a sign of the beginning of regularization on the part of the transitional government.

Meanwhile, Libya’s petroleum output has risen 100,000 barrels a day since February, to 1.5 million b/d. Before the Libyan revolution it was 1.6 million b/d, a milestone expected to be reached in July. The exports, and the substantial revenue stream they bring to the transitional government, are another hopeful sign that the new state is becoming established and will have the wherewithal to develop new institutions and the economy.

Aljazeera English reports on the slow recovery of Misrata, Libya’s third-largest city, from the massive destruction wrought on it by the Qaddafi brigades and regime mercenaries, who intensively bombarded civilian apartment buildings and the port, and used cluster bombs in civilian areas, in spring-summer 2011. Misrata held municipal elections in February, and residents look forward to the national elections this summer.