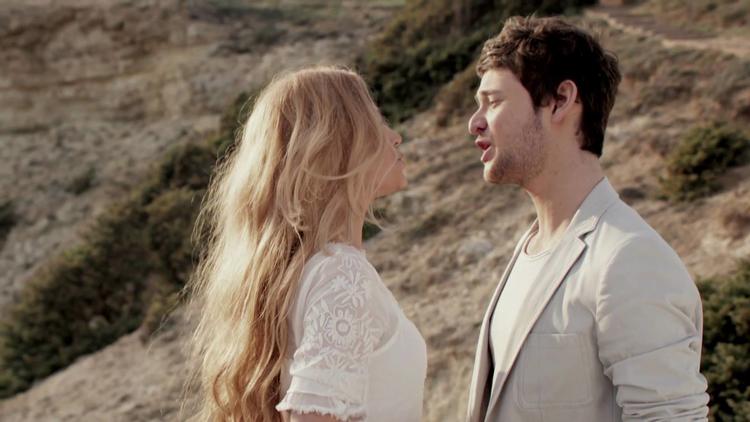 Iran has withdrawn its ambassador to neighboring Azerbaijan, in part over Baku’s hosting of the Eurovision pop singing contest, which the ayatollahs consider to be too sexy for their turbans. Eurovision goes back to 1956 and so much predates the “Idol” competitions, but in the US it is the latter that is better known. It works on a national basis, with each country submitting a song to be voted on by the public. The Iranian government’s extreme puritanism in the public sphere, to the extent of banning rock concerts, is one of the policies most likely to guarantee its demise, given its youth boom.

Iran is also complaining about a protest held by Azerbaijani activists in front of its embassy in which insults were hurled at Ayatollah Ruhullah Khomeini, the founder of the Islamic Republic of Iran.

Azerbaijan used to be part of Iran’s Safavid and Qajar empires, but was conquered by the Russian Empire early in the nineteenth century. It became a Soviet Socialist Republic and then, in 1991, an independent country. Azerbaijan is largely Turkic-speaking (Azeri is a Turkic language), and its people are mostly of Shiite Muslim heritage. As with most other former Soviet SRs, most Azeris are very secular, and they tend to identify more with Sunni, secular Turkey than with Iran. Ironically, Iran has better relations with Christian-heritage Armenia, which has often been at odds with Azerbaijan.

Azerbaijan is one of those SSRs that hasn’t made a transition to democracy, along with Belarus, Ukraine and Uzbekistan (some would add Putin’s Russia). So in addition to the tiff with Iran, Azerbaijan’s government and Eurovision are facing criticism from human rights activists, as Alice Ross explains below.

This is Azerbaijan’s official music video entry in Eurovision 2011, which shows the beauty of the country in the background.

Alice Ross writes at the Bureau of Investigative Journalism:

“This Saturday, the Eurovision Song Contest will explode onto TV screens in a cascade of sequins and hair gel, beaming live from Baku, Azerbaijan to an estimated 120m people worldwide. But while in the UK Eurovision is a big joke, this year’s event has an extremely unfunny side.

Away from the spotlights and ballads, Azerbaijan remains an oppressive regime, where ordinary people live in relative poverty while the ruling class lines its pockets.

In Eurovision’s Dirty Secret, a Panorama team went undercover in Baku, the country’s capital, to explore a country that looks modern but hides some nasty habits – and which certainly doesn’t welcome teams of foreign investigative reporters. Within days, they are being tailed by a rather conspicuous secret-service detail, similar to the men in shades who openly film opposition protesters and hang around outside the homes of activists.

At times the oppression verges on the farcical – one man claims he was taken in for questioning after voting for Azerbaijan’s arch-enemy Armenia out of protest during last year’s Eurovision – but it can also be brutal.

Satirists and protest singers who dare to highlight the corruption of the regime are arrested and beaten according to the investigation, and journalists claim the programme have been arrested, bugged, blackmailed and even killed on their own doorsteps.

All this allows President Aliyev and his family to operate with relative impunity, amassing fabulous wealth and a string of companies in Panama. His son even owns a $40m house in Dubai’s exclusive Palm development according to Panorama – not bad for a 15-year-old.

So how can an international competition that aims to encourage understanding between nations justify holding the event there? Perhaps it’s to her credit that Ingrid Deltenre, chair of the European Broadcasting Union which runs the competition, doesn’t attempt to whitewash the country’s human rights record, holding her hands up to the reporters’ charges of oppression and corruption in the country.

The rules are the rules, she explains slightly wearily: Azerbaijan won last year’s competition and so is entitled to host this year’s event. And maybe the event will draw attention to the country’s human rights record.

But even with the rules, nobody is forcing pop stars to participate, and one of Panorama’s most entertaining segments is when the reporters confront the UK’s representative, Engelbert Humperdinck, about Azerbaijan’s human rights record, while his handlers frantically attempt to wrestle him away from the camera.

You could argue that March’s Grand Prix in Bahrain did help bring attention to the country’s human rights abuses – but a month later, while the protests continue the world’s attention has moved on. Will the same be true in Azerbaijan?

_____
Ross piece mirrored from The Bureau of Investigative Journalism