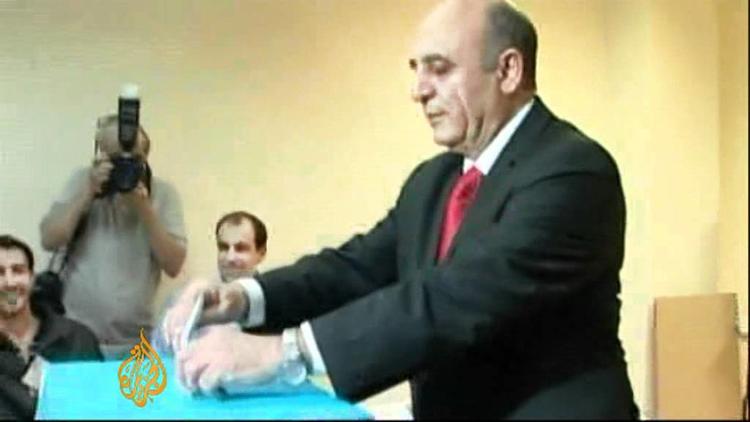 Israeli Prime Minister Binyamin Netanyahu moved from the far right to just the Right on Tuesday by bringing into his government the center-right Kadima Party, led by Shaul Mofaz.

Mofaz has been sharply critical of reported plans by Netanyahu and his defense minister Ehud Barak, to launch a go-it-alone military attack on Iran’s nuclear enrichment program. Mofaz is not opposed to military action against Iran in and of itself, but wants it coordinated with the United States. He last week aligned himself with the views of former Israel domestic intelligence head Yuval Diskin, who strongly opposed a unilateral Israeli strike on Iran and who attacked Netanyahu as erratic. Mofaz said, “Let President Obama handle Iran. We can trust him…”

Having Mofaz in the cabinet makes Netanyahu less dependent on extreme hawks, and makes it highly unlikely that Israel will act on its own against Iran. I say this despite some attempts of right wing Israeli and pro-Israeli outfits like the so-called ‘Washington Institute for Near East Policy’ (which should be ‘Tel Aviv Institute for Near East Policy) to spin the news by saying that the new government is not necessarily less hawkish on Iran. Of course it is! Since the saber rattling by Netanyahu was part of a psychological war with Iran, Jewish nationalist hawks can’t afford to have this simple reality stated.

Mofaz’s joining the government comes at a time of changing leadership in Europe. Francois Hollande, the new French president, is less hawkish on Iran than was Nicolas Sarkozy. And, Vladimir Putin is now president of Russia again, and has been far more outspoken in wanting to prevent a Western attack on Iran than was Dmitri Medvedev, who seemed to vacillate with regard to Tehran.

Netanyahu can now remain prime minister until scheduled elections in October of 2013. He had just the day before called for new elections, in part because his Haredim (Jewish fundamentalist) allies would not accept a new bill providing for Haredim to serve in the Israeli military, nor would they accept Netanyahu’s plans to demolish illegal Israeli settlements on the West Bank.

Netanyahu therefore likely brought Kadima on board so as to be less beholden to Shas and other parties that strongly back the Haredim. Moreover, the extreme right in Netanyahu’s cabinet had blocked any serious negotiations with the Palestinians, putting Netanyahu in difficulties with the US & Europe, whereas Mofaz has a plan for moving forward on the Palestinian front, which he presented to Netanyahu on joining his government. (It is patronizing and unrealistic, but no one else in the government has even talked about the need to formulate a plan).

The coalition was made possible because Shaul Mofaz, who was born in Iran, had recently replaced Tzipi Livni as head of Kadima. Livni had refused to join a Netanyahu-led government. Mofaz is less rigid on the issue. Likewise Kadima was facing the loss of several seats if elections had been held. They would likely have been picked up by the Labor Party, which could have more than doubled its strength. Labor and the liberal Meretz Party were furious about the back room deal, which deprived them of a chance to grow the number of seats they hold.