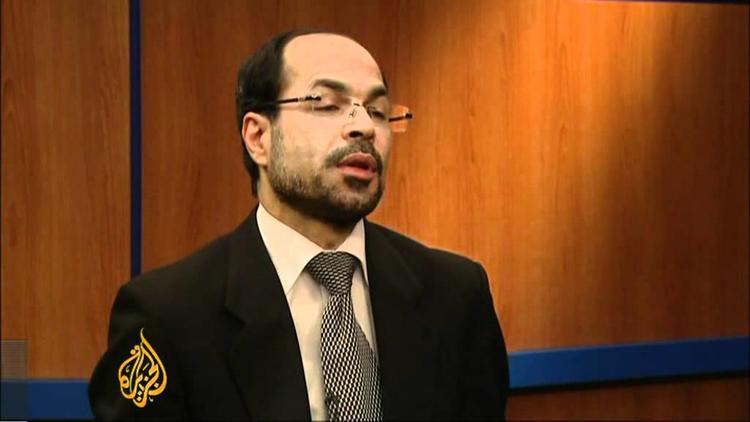 The Pentagon brass are condemning a course on Islam taught at the Joint Forces Staff College in Norfolk, Va., which mischaracterized mainstream Muslim persons and organizations as radical, violent extremists, and called for treating the Muslim civilian populations the way the Japanese at Hiroshima were treated. Those who took the class were encouraged to think of themselves as a ‘resistance movement to Islam.’ A review has been ordered of that class and of hundreds of others taught within the Department of Defense.

Note that there are 1.5 billion Muslims and only 310 million Americans, and Muslim countries like Turkey and Indonesia are now in the G20, so this is not a fight you’d want to pick with the Muslim mainstream.

Spencer Ackerman of the Wired War Room reported on the course and also shared some of its powerpoint slides on line.

Aljazeera English also received material and broadcast on the controversy:

What is odd is that the US military is deeply dependent on Muslim allies, and Muslim officers train all the time at places like Ft. Bragg, where I have met them. That is, American officers and Muslim ones are most often colleagues and do a lot of things together. How could they sit there and listen to Lt Col Matthew Dooley’s bull crap?

In my experience, the US officer corps is made up largely of very bright people and most of them are well informed, about the Muslim world and many other subjects. I’ve had the privilege of addressing them myself at think tank events in Washington DC on subjects such as al-Qaeda’s recruitment videos and the fringe groups’ ideas about cosmic war. But since there are lapses in any organization, here are some helpful suggestions to the military about courses on Islam:

1. Such courses should be taught by people with academic credentials in the study of Islam. Many officers do a Master’s degree in Middle East studies at major universities (I’ve taught them at Michigan). They have the training to teach. But why not also bring in civilian university teachers with Ph.D.s from good universities?

2. Bringing in the Imam of the local mosque, or better, doing a field trip to a mosque, should be an essential part of such a course. Meeting living breathing American Muslims is necessary if Americans are to understand Islam.

3. Some bigot who happens to have been stationed somewhere in the Muslim world, has read Robert Spencer, Daniel Pipes and Brad Thor fiction, and has a lot of crazy ideas is not a proper teacher of such a course.

5. Deliberately killing civilians is a war crime. Officers who openly advocate such a course of action should be cashiered.

6. The Muslim Brotherhood of Egypt now has the largest number of seats in parliament in Egypt. It is not an extremist, violent organization, and US political relations with Egypt now depend on Washington getting up to speed in understanding it. A kindred group, the Nahdah or Renaissance Party, has the prime ministership in Tunisia. Officers who provoke international incidents with foreign governments by making false allegations against their parliaments should be drummed out of the service.

8. The one thing that would guarantee a century-long war of religions and massive terrorism against the United States would be for it to bomb Mecca. Why Muslim-haters are fixated on this tactic baffles me. Would Christianity disappear or be weakened if someone nuked the Church of the Nativity? Sunni Muslims don’t have a pope-like figure or a central bureaucracy, and neither is at Mecca. It is just a place they visit on pilgrimage. The Kaaba or cube-shaped building that they walk around has been destroyed many times by flash floods and they have just rebuilt it. By destroying it, you’d just enrage them (the very threat enrages them) and provoke them to revenge on the US, without weakening them in any way.

9. If intelligent officers sit through a course in which the teacher seems to be a maniac and says hateful and implausible things, they should, like, object.

10. The Iraq War is over. The Afghanistan War is winding down. The US military is unlikely to be fighting ground wars against Sunni Muslims in the next decade. Turkey is a NATO ally that the US is sworn to defend from attackers. Morocco, Egypt, Jordan, Kuwait, Pakistan, Bahrain and Afghanistan are non-NATO allies of the United States. An officer advocating war on mainstream Muslims is making policy that only a president and a Congress can make. He should be drummed out of the service.