David Pegg writes at the Bureau of Investigative Journalism

These graphs accurately reflect the Bureau’s data on CIA drone strikes in Pakistan to the most recent strike.

They are designed to illustrate in the simplest possible way key statistical data from our investigation. Click on a graph to enlarge.

You are free to download and to reproduce them, provided the Bureau is credited. 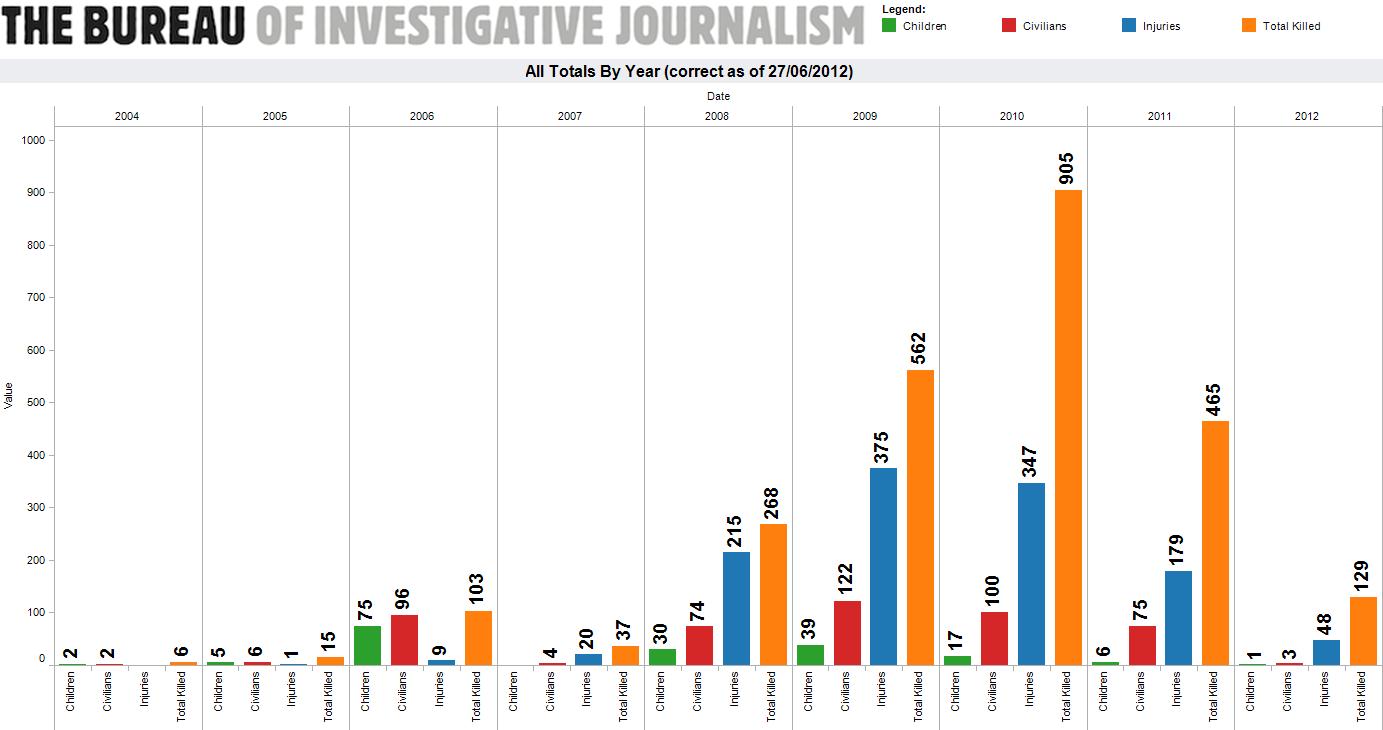 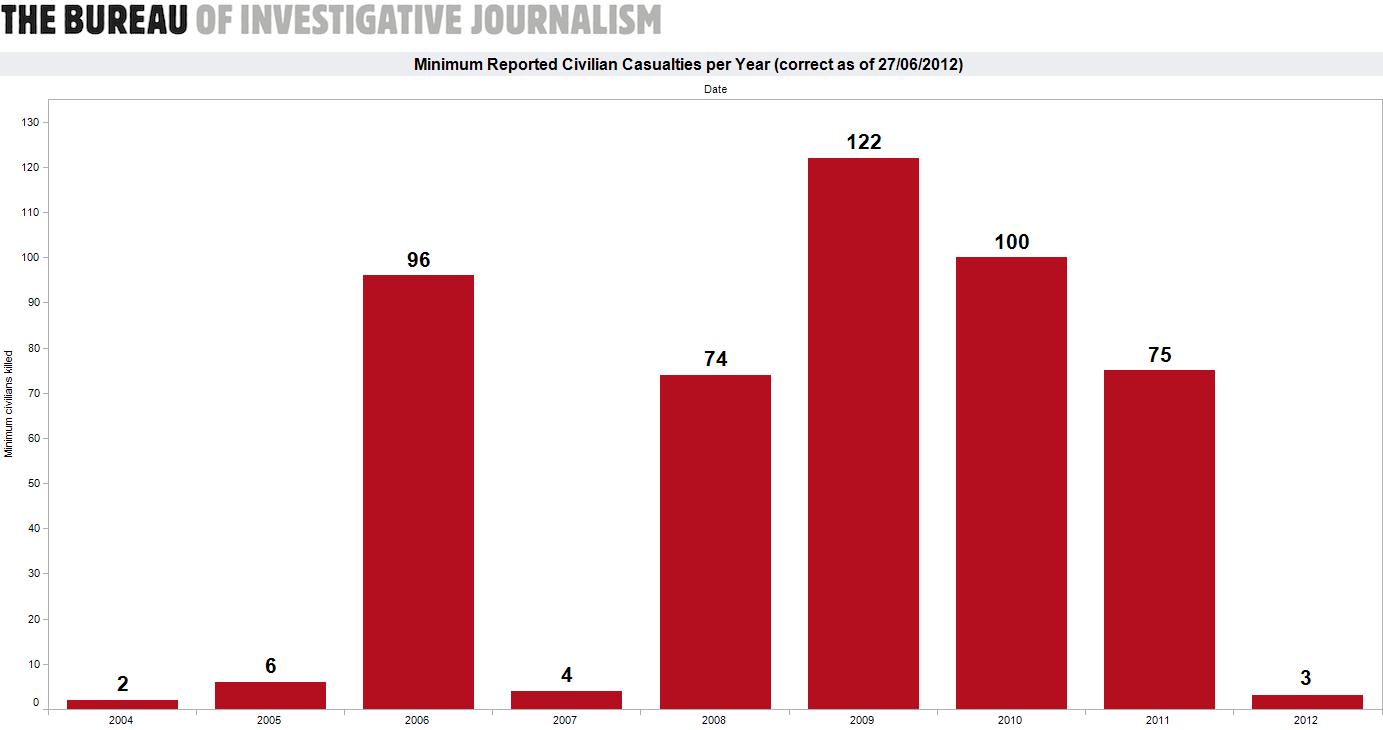 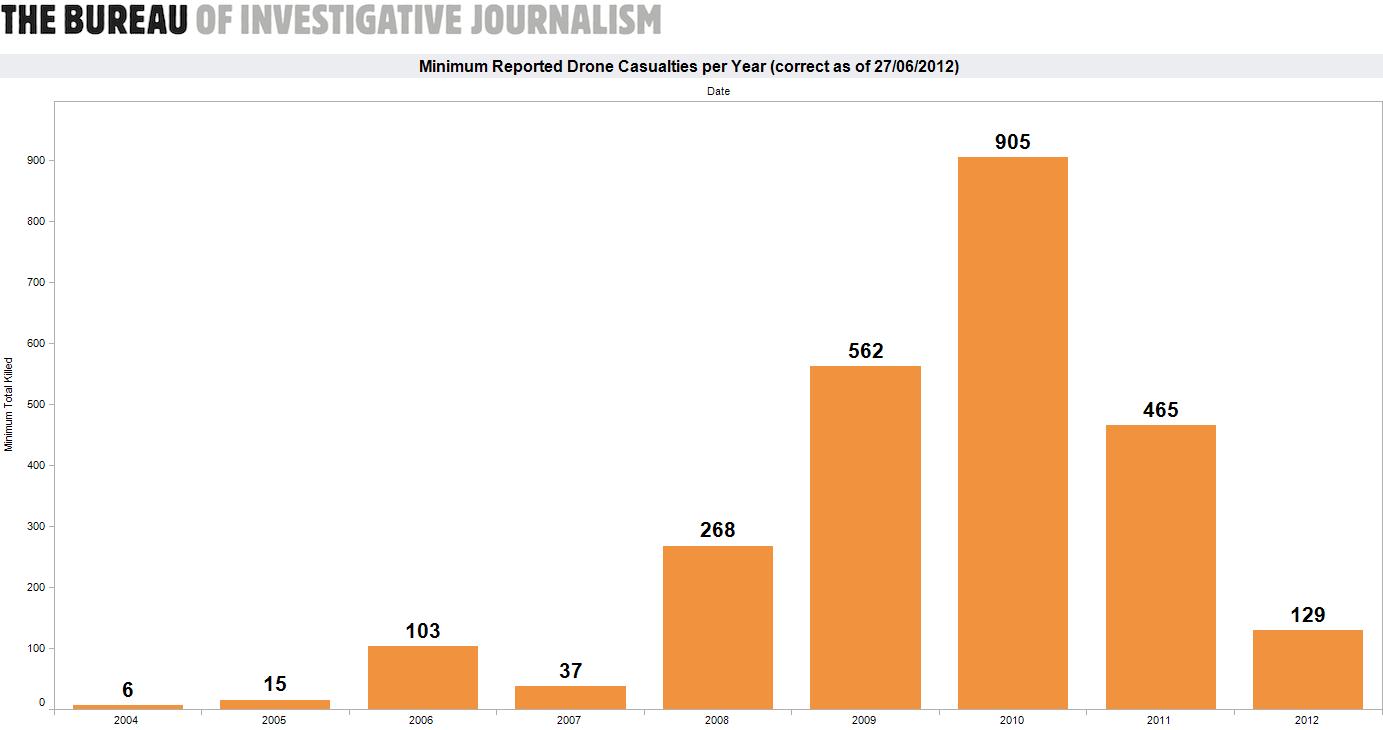 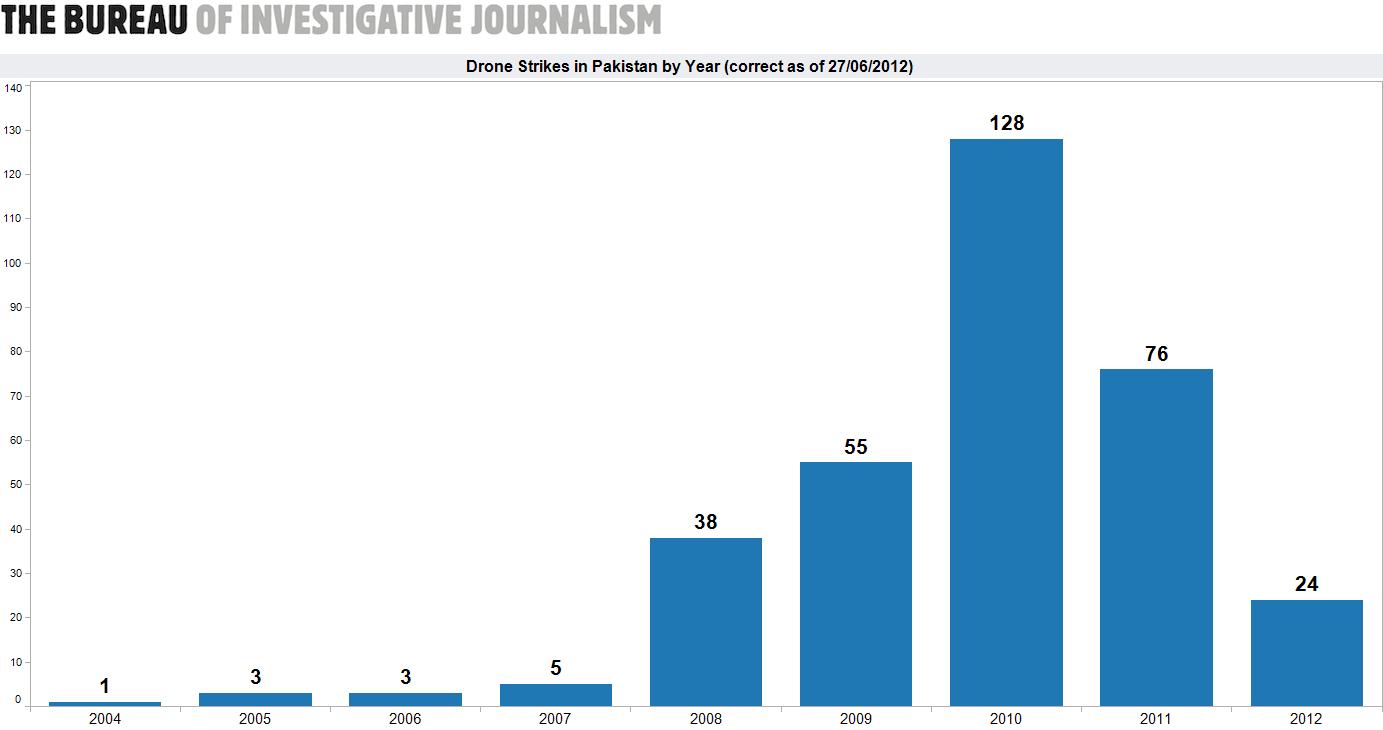 This graph shows the tally of total drone strikes in Pakistan between 2004 – 2012.

_______
Mirrored from The Bureau of Investigative Journalism