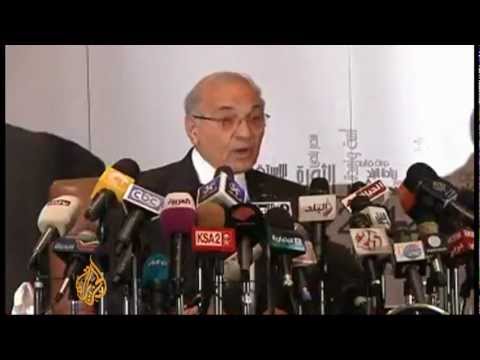 Scattered protests took place around Egypt for a second day on Sunday, in reaction to a court judgment against deposed dictator Hosni Mubarak. On Saturday, over 10,000 protesters had gathered in Tahrir Square in downtown Cairo, while other, smaller rallies were held in a number of cities, including Alexandria.

The verdict delivered by the Cairo criminal court against Hosni Mubarak and his feared Interior Minister, Habib Adly, angered many Egyptians who had hoped for the death penalty (both were sentenced to life imprisonment, which in Egypt is typically a 25-year sentence). Others were upset at the vagueness of the ruling, which only indirectly blamed the two for the deaths of nearly 900 protesters during Egypt’s 18-day revolution in January-February 2011. Still others were unhappy that deputy ministers of Interior were found not guilty, and that the dictator’s sons, Gamal and Alaa’ were spared sentencing for corruption because the statute of limitations had expired for the particular actions with with they were charged.

Some observers are suggesting that the public dissatisfaction with the verdict will favor Muhammad Mursi, the Brotherhood candidate. The freeing of the under-secretaries in the Ministry of the Interior may have scared Egyptians about the possibility that the secret police will be reactivated, and continue to operate with impunity, under a president Ahmad Shafiq, Mubarak’s last appointed prime minister..

The court faced the difficulty that it had no smoking gun, no clear documentation that either Hosni Mubarak or Habib Adly ordered protesters killed. If such orders were given, no one in the know is talking, and no such memo has been produced in court. So the judge very cleverly argued from their failure to stop the killings. That is, it is clear that Mubarak and Adly knew that protesters were being killed by snipers and by secret police. They had the power to stop the slaughter, and declined to do so.

Mubarak and Adly were more or less found guilty of being accomplices to murder, rather than of ordering premeditated murder themselves. The conclusion that they were accomplices has the form of a syllogism in logic.

This form of reasoning compelled the judge to free several under-secretaries at the ministry of the interior, since they did not on their own have the authority to order the killings to cease; that order would have had to come from the minister or the president. Therefore the under-secretaries were not accomplices to murder.

The corruption charges against Mubarak’s sons appear to have been sloppily formulated, since the statute of limitations had run out on those instances. Since the Mubaraks went on stealing until they last day the old man was in office, however, there were charges that could have been brought for which the statute of limitations had not expired. As it is, the two have been charged with insider trading and will face a whole new trial ordeal. They are said to be under suicide watch in prison.

A revolutionary tribunal might have arrived at a more satisfying verdict, though it is not clear it could have successfully gained access to more damning evidence than did the criminal court. It might have had to prosecute on more ideological grounds, which would probably have been a bad idea.

It is certain that the verdict against Mubarak will have an impact on Egypt’s presidential run-off, between former Air Force general Ahmad Shafiq and Muslim Brotherhood leader Muhammad Mursi. It is not clear who will most benefit from such feelings.

Shafiq, who is feeling the heat from his warm support of Mubarak, tried to change the subject this weekend, giving a speech that was largely an attack on Mursi as a budding theocrat who would impose medieval Islamic laws or sharia on the country. Mr. Shafiq, meet the Oklahoma legislature.