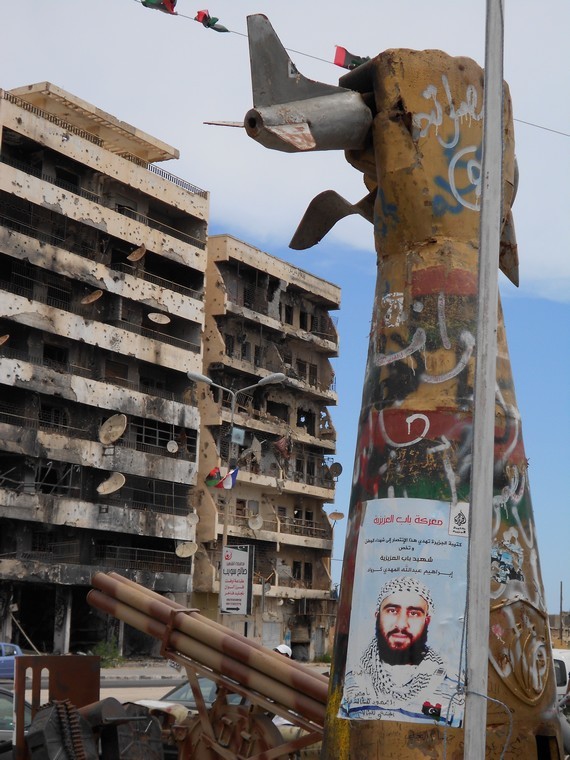 View from the Misrata War Memorial Museum, looking across the street.

The Misrata revolutionaries raided Qaddafi’s compound in Tripoli and confiscated the famous sculpture of a fist grasping a US fighter jet, erected after President Ronald Reagan bombed Tripoli and Benghazi in 1986. The Qaddafi memorial falsely claimed that the US had killed his adopted daughter, who is in fact still alive and practicing dentistry in Tripoli. The Misrata revolutionary youth sardonically placed the 1986 statue in front of their own little war memorial museum, erected to commemorate their 2011 battle to be free of Qaddafi’s quixotic tyranny. Looking across Tripoli Avenue in Misrata from the museum, one sees the apartment buildings Qaddafi’s military forces destroyed in their attempt to crush the revolution.