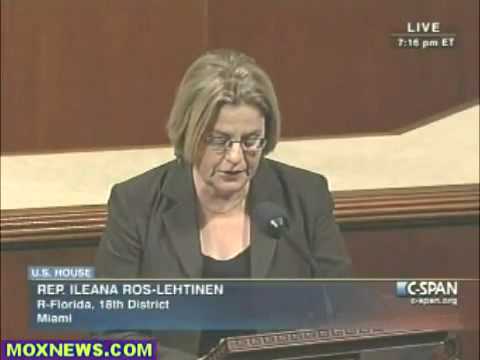 Romney put all options on the table (a euphemism for illegally launching a war) with regard to Iran. But in an interview with Jim Muir of CBS, Romney walked back the leak by one of his aides that he would support an Israeli attack on Iran. He just meant, he said, he would be generally supportive of Israel, which should have “all the options on the table.” In other words, he, as usual, wants to have it both ways– seem to support Israeli hawks spoiling for a war, but try to reassure his nervous American audience that he isn’t campaigning on definitely going to war. (No Israeli attack on Iran could avoid embroiling the United States in conflict with that country or avoid endangering US troops and diplomatic personnel in Iraq and the Gulf). When Muir challenged him that in that case, his suggested policies toward Iran sound the same as those of Barack Obama, Romney said that the current crushing sanctions should have been imposed earlier. So it is a matter of timetable, then?

But one of the bases for US sanctions on Iran, and for the ability of Washington to get other countries to go along with them, is United Nations Security Council resolutions on Iran’s nuclear enrichment program.

Romney wants to appeal to the UNSC resolutions with regard to Iran. But in other areas, he wants to disregard them.

Romney told CNN’s Wolf Blitzer that Israel, like other countries, “has the capacity” to choose its capital, and that he would, in consultation with Israeli authorities, move the US embassy there if he became president. He didn’t use the word “right to choose its capital,” because, presumably, he knows that the status of Jerusalem is a matter for diplomatic final status negotiations with the Palestinians. That is the reason that the countries of the world keep their embassies in Tel Aviv. Putting an embassy in Jerusalem forecloses the issue of the negotiations. The right wing Israeli position is that they own all of Jerusalem, since they conquered it in 1967. The rest of the world doesn’t agree that after WW II and the UN Charter, it is permitted to go around annexing other people’s territory by war.

Romney’s position will put him at odds with NATO allies, including most of Europe and Turkey. It will cause immense frictions with Egypt’s new president, Muhammad Morsi, and with the Arab world generally. It could also provoke violence. Al-Qaeda gave as one reason for launching the 2001 attacks on the US, American support for the Israeli occupation of Jerusalem.

Not that Romney cares about US allies in the Middle East other than Israel— most of whom he has now insulted and alienated. The Middle East is undergoing tremendous change and the Arab people are mobilizing. Country-club Mitt is the worst possible person to deal with this transformation, and he proved it in Israel.

And, it is hard to see why the world should line up to sanction Iran as Romney insists, based on the UNSC resolutions, if Romney wants to completely disregard the UN Security Council’s repeated castigation of the Israeli annexation of East Jerusalem.

Below is a golden oldie Informed Comment that explains the legalities of the Jerusalem issue with reference to members of the US congress who align with Israeli Prime Minister Binyamin Netanyahu’s Likud Party on this issue. On most of these observations, you could now insert “Romney” for “Eric Cantor” or “Ileana Ros-Lehtinen.” The Mormon rich guy has joined Revisionist Zionism.

Rep. Ileana Ros-Lehtinen (R-Jerusalem) makes a series of false and propagandistic assertions on the House floor that may as well have been read off Israeli Prime Minister Binyamin Netanyahu’s teleprompter. These assertions urge and support direct violations of international law and of UN Security Council Resolutions.

Israel’s alteration of the ways of life and situation of Palestinian-Israelis in East Jerusalem, which is under Israeli occupation, is illegal in international law (Hague Convention of 1907, 4th Geneva Convention, 1949). Israel’s claim to have annexed Jerusalem by virtue of military force contradicts the United Nations Charter, which forbids acquisition of territory by warfare after 1945 (the Nazis gave that sort of thing a bad name), along with several UN Security Council resolutions to the same effect. For more on the illegality of it all, see see Stephen Zunes.

So here is what the world’s highest legal authority actually says about Israeli policies in Jerusalem and the other territories Israel aggressively occupied from the Palestinians, in UNSC Resolution 476:

Having considered the letter of 28 May 1980 from the representative of Pakistan, the current Chairman of the Organization of the Islamic Conference, as contained in document S/13966 of 28 May 1980,

Reaffirming that acquisition of territory by force is inadmissible,

Bearing in mind the specific status of Jerusalem and, in particular, the need for protection and preservation of the unique spiritual and religious dimension of the Holy Places in the city,

Recalling the Fourth Geneva Convention of 12 August 1949 relative to the Protection of Civilian Persons in Time of War,

Deploring the persistence of Israel, in changing the physical character, demographic composition, institutional structure and the status of the Holy City of Jerusalem,

Gravely concerned over the legislative steps initiated in the Israeli Knesset with the aim of changing the character and status of the Holy City of Jerusalem,

1. Reaffirms the overriding necessity to end the prolonged occupation of Arab territories occupied by Israel since 1967, including Jerusalem;

2. Strongly deplores the continued refusal of Israel, the occupying Power, to comply with the relevant resolutions of the Security Council and the General Assembly;

3. Reconfirms that all legislative and administrative measures and actions taken by Israel, the occupying Power, which purport to alter the character and status of the Holy City of Jerusalem have no legal validity and constitute a flagrant violation of the Fourth Geneva Convention relative to the Protection of Civilian Persons in Time of War and also constitute a serious obstruction to achieving a comprehensive, just and lasting peace in the Middle East;

4. Reiterates that all such measures which have altered the geographic, demographic and historical character and status of the Holy City of Jerusalem are null and void and must be rescinded in compliance with the relevant resolutions of the Security Council;

5. Urgently calls on Israel, the occupying Power, to abide by this and previous Security Council resolutions and to desist forthwith from persisting in the policy and measures affecting the character and status of the Holy city of Jerusalem;

6. Reaffirms its determination in the event of non-compliance by Israel with this resolution, to examine practical ways and means in accordance with relevant provisions of the Charter of the United Nations to secure the full implementation of this resolution.’

Just as Saddam Hussein of Iraq thumbed his nose at UNSC resolutions, which the Neocons said made it legitimate to wage war on Iraq, so the Israeli government has completely ignored the Security Council on Jerusalem and the Occupied Territories. Yet Israeli leaders have acted with impunity and Rep. Ros-Lehtinen is not treated as a pariah for waging propaganda war against the UNSC resolutions and trying to get the US Congress to break the law, as well.

Here is UN Security Council resolution 478, which absolutely condemns Israeli attempts to annex all of Jerusalem and orders the nations of the world to withdraw their embassies from Jerusalem. It is the UNSC that authorized sanctions on Iran, and Rep. Ros-Lehtinen insists we all obey those, but UNSC resolutions she disagrees with, she just ignores.

Having been blown off, the Security Council spoke on the matter again:

7. Decides to remain seized of this serious situation.’

For how nice it is for Palestinian-Israelis in East Jerusalem to be under Israeli occupation, see Aljazeera English:

Jewish squatters in Jerusalem seek expulsion of all Palestinian-Israelis:

For Israeli interference with Muslim worship in Jerusalem, see this Aljazeera video:

Rep. Ros-Lehtinen voiced a series of falsehoods. Whether she knows the truth and is deliberately suppressing it, or is engaging in a disinformation campaign, is impossible to know. What is clear is that she is a vigilante urging the violation of the Geneva Convention of 1949, i.e., urging the recognition of the conquest of territory by military means and the vast alteration of occupied territories by the occupier. That is, she is maintaining the legitimacy of the kind of behavior exhibited by the Axis Powers in World War II, a repeat of which is what the UN Charter, the Geneva Conventions, and the UNSC resolutions were aiming to prevent.

It is like having a congressperson who thought South African Apartheid policies were not only just fine, but actually should be firmly supported by the US Congress. It is frightening.