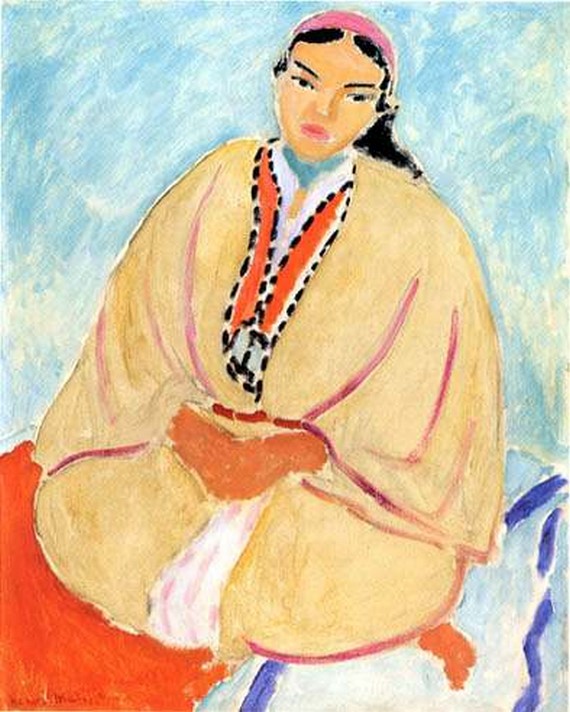 it has been argued that Matisse stepped back, on his first trip in Morocco, from painting “wild, Fauvist women” to a more mature concern with the person and culture of his model, the Moroccan courtesan Zorah, whom he names and whom he shows clothed in her everyday dress.

Henri Matisse (1869-1954) was a leader of the “Fauvist” movement in modern French painting, “characterized by its spontaneity and roughness of execution as well as use of raw color straight from the palette to the canvas.” He was deeply influenced by his trips to Morocco in 1912 and 1913.

Later in life, Matisse referred to two of his Morocco-period paintings as “pivotal.”

See also Matisse’s “Algerian Woman” and his “The Moroccans”