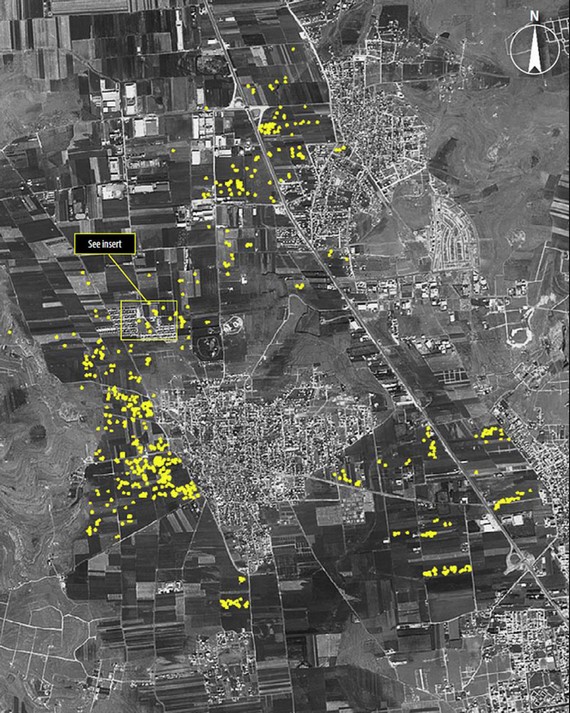 The Baath government’s attack on East Aleppo, a rebel stronghold in the past couple of weeks, began Tuesday night, with an assault by advanced Russian-made tanks. It began with a drive to cut the district in two, and the heavy shelling is said to have left large numbers of rebel fighters dead. Some 20,000 residents of Salahuddin are said to have fled in recent days, some of them living in schools and other temporary shelter elsewhere in the city, some of them fleeing to Turkey or stuck with scorpions and sand in a Jordan refugee camp. In the past 24 hours, some 2400 Syrians crossed to Turkey, including regime officers and troops who were defecting. The Baath regime’s official television station said it had captured Saudi, Afghan and Yemeni volunteers fighting alongside the rebels (I’m suspicious of this allegation because the mix of nationalities mentioned seems intended to support regime propaganda).

Wednesday morning Reuters journalists on the scene, including Hadeel al-Shalchi, were reporting that the rebels had for the most part been pushed out of the Salahuddin neighborhood and were trying to hold Saif al-Dawlah and Sukari. Reuters had people on the ground, so it is sad and embarrassing that the Arabic headline at Aljazeera at 9 am ET was ‘rebels halt regime advance.’ This Iranian source says that the regime successfully encircled Aleppo recently, cutting off ammunition supplies, which is an element in the success of the assault on Salahuddin. The rebels apparently ran out of ammo. While Iran reporting is generally biased toward the regime, this report seems plausible.

Satellite photos show some 600 craters in Aleppo, the result of regime artillery barrages aimed at rebel positions but inevitably destroying family residences and endangering the lives of civilian non-combatants (a form of severe human rights abuse, as Amnesty Interntional noted).

The regime has to hope against hope that Aleppines will blame the Free Syria Army for the military operations in their city, rather than blaming Damascus for responding heavy-handedly. So far, from what we can tell, that hasn’t been the case, and more and more of the country has turned against the government as it has become more and more brutal. On Tuesday, the Prime Minister defected to Jordan. If you are a dictatorial regime, you never want to hear the phrase “the prime minister defected.”

Likewise, the rebels were able to capture 48 Iranians, likely intelligence advisers masquerading as “pilgrims” to Shiite holy sites in Damascus. Iran has now confirmed that they included ‘retired’ members of the Revolutionary Guards.

The assault on Aleppo shows that the regime’s armored division, commanded by Maher al-Assad, the brother of the president, is still intact, loyal and capable. It remains to be seen if a regime facing crumbling internal support can hope to lift itself by its bootstraps, depending almost entirely on its tank and artillery capabilities.

On Tuesday, the regime had renewed its assaults on rebel-held neighborhoods in Damascus, Homs and Rastan, bastions of the largely Sunni resistance, killing, according to dissident sources, over 100 persons. Near Homs, a rebel group attacked an apartment building and killed 16 persons, including Alawites and Christians, in what appears to have been a sectarian massacre. Some fear such atrocities are the future of the country if the civil war grinds on.

Max Weber distinguished between power and authority. Power derives from force or the threat of force. Authority is the likelihood that a command, once given, will be obeyed. Bashar al-Assad still has plenty of force. What seems apparent is that his authority throughout the country is declining daily.