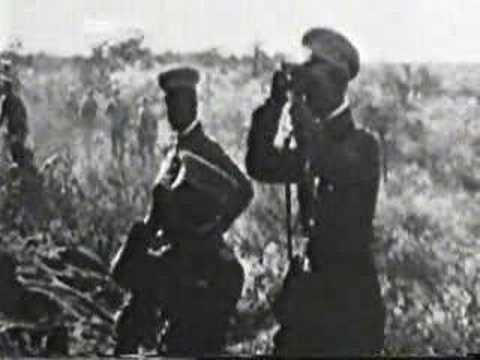 German officers arrive in Southwest Africa from Berlin to deal with the Herero, whose rebellion has died down. Ordinarily a colonial state would now move to negotiations. But Gen. von Trotter had no intention of negotiating or compromising. The Herero were now doomed.

Refusing to negotiate in good faith is common among settler colonialists. Being settlers, they are hungry for land and resources, which as ‘civilized’ people they think they know how to exploit, whereas the local ‘savages’ are irrational, lazy, backward, and so forth, and so have forfeited their claim on those resources. The conviction of the settlers that the local people they are displacing are nonentities can be given force by actually reducing them to nonentities.

Part 4 of the documentary on the German genocide against the Herero of 1904.