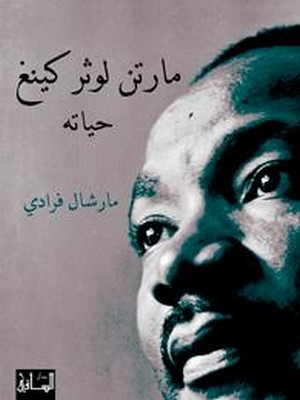 The Global Americana Institute is delighted to announce the publication in Arabic of Marshall Frady’s biography of Martin Luther King, Jr. along with some of King’s landmark speeches and writings. The book has been brought out by Dar al-Saqi, the foremost Arabic publishing house, which also does important English-language publishing in London.

This timely and important volume is being published for Arabic-speaking audiences in the era of the Arab Spring, when non-violent political action and aspirations for an inclusive political vision have been keynotes of progressive politics in the region.

The US involvement in the Arab world is extensive and multi-dimensional. But on both sides of the Atlantic, it seldom involves a serious engagement of ideas. For the best of American political and social thought to be available in Arabic seems to us indispensable in this era. We are grateful for our supporters, and encourage more of those who care about these issues to become supporters.

Likewise, we encourage other webmasters, bloggers, Facebook and Tumblir and Twitter users, etc., who approve of this project widely to mirror this announcement at their own pages. This endeavor is a purely charitable one.

King is known in the Arab world, mainly to those who read English or French, and I was told that some of his writings were extemporaneously interpreted in Arabic at Tahrir Square in January-February 2011, during the Egyptian revolution. OCLC Worldcat, among the more comprehensive databases of published books in the world, only lists eight books on King in Arabic, one of them a biography for children.

The Global Americana Institute is extremely pleased to add another major work to this small literature in Arabic about a great American thinker on peace, human rights and justice.