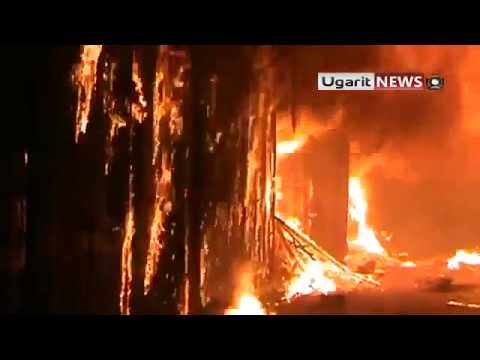 Reuters reports that heavy fighting raged in Deraa, Aleppo and elsewhere all weekend in Syria:

The loss of the market is not as important as the loss of even one human life, much less some 30,000 killed, but it is a tragedy of its own sort.

In the early modern period (1500-1800), one of the major trade routes for things like Japanese silk and India spices went through the Persian Gulf, up the Tigris and Euphrates river valley in Ottoman Iraq, through Aleppo and on to Tripoli on the Mediterranean coast, where they were shipped to Europe. Ottoman Aleppo was in some senses the center of that world, and its covered market or suq (souk) was a wonder. (The Red Sea route, landing at Qena and then going up the Nile to Alexandria, was a competing way of taking the trade). Conflict between the European empires and the Ottoman Empire sometimes made some routes difficult. 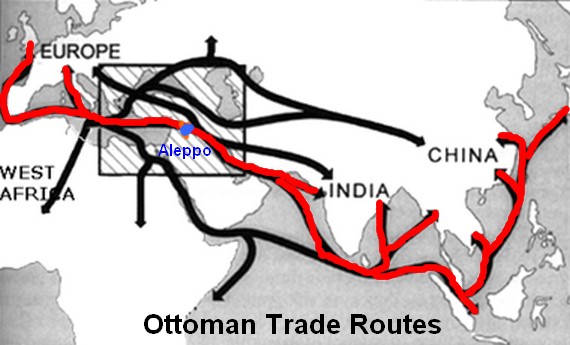 Those who want to do some serious reading on Aleppo’s earlier urban structures and modern transformation should see this great paper [pdf] by historian Itsuki Nakabayashi.