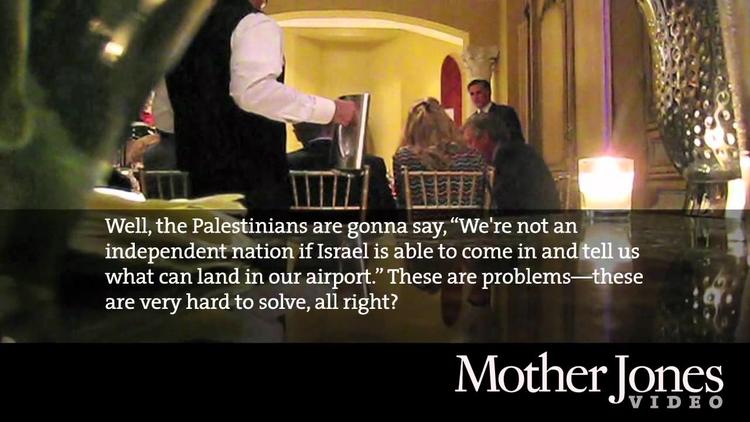 In a conversation with donors he thought private, GOP presidential candidate Mitt Romney laid out with startling clarity the American policy toward the Palestinians:

Mother Jones has the story, and the transcript.

Romney typifies the American duplicity toward the 12 million Palestinians. His campaign speaks of a ‘two-state solution.’ But in private he admits that such a thing, involving giving Palestinians their own state, is “almost impossible to imagine.” So the talk of a two-state solution is just a smokescreen for keeping the Palestinians stateless.

What does it mean to be stateless? The UNHCR has laid out the situation. Imagine that you went out to a movie and when you came back home, you found that other people had moved into your house! What would you do? You’d call the police, right? You could always prove to a judge that the house belongs to you because it is registered as your property. So the police would arrest the home invaders and restore your property to you.

But if you didn’t have a state, if you were without citizenship, then what? What if the police sided with the home invaders, on the grounds that they were citizens? What if you had no place to register your property, since you have no state to hire bureaucrats and staff archives? What if the judge rules that you don’t really own your property, since you bought it before the current government came to power and your claim to it is not registered.

Then you could just be thrown into the street at will. Stateless people don’t really own property. They don’t have a long-term claim on water, or land, or health care. The four million Palestinians under Israeli occupation are all stateless. In Gaza, 10% of the children are malnourished. The Palestinian families that the Israelis expelled from Palestine in 1948 and 1967 are living in refugee camps in Syria and Lebanon, and have no citizenship. In Lebanon they cannot for the most part work, own property or run legal businesses. They can’t travel because no one trusts them not to stay. Many are stuck in refugee camps, to which they were consigned by Zionist militias who then took over their homes and farms in Palestine. They are in Palestinian jail. 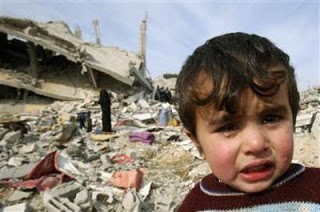 The Palestinians of Gaza are not just stateless. They are under a blockade even of civilians organized by their occupiers, the Israelis, which prevents them from exporting most of their products and consigns them to poverty. Their health conditions and services are deteriorating and lurching toward catastrophe. Healthwise, Gaza’s children [pdf] Gaza’s children are falling behind, suffering widespread food insecurity, malnutrition and anemia. 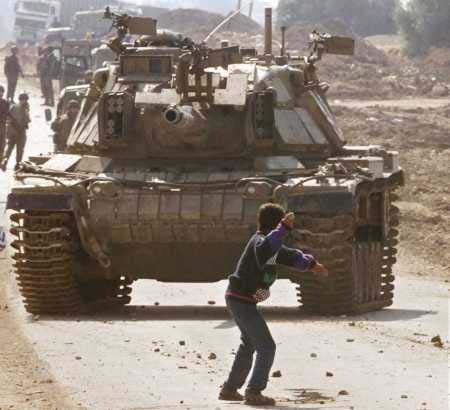 The Palestinians in the West Bank are being actively stolen from, their land and water gradually being taken from them by aggressive, armed Israeli squatters, who are Romney’s darlings. Israel bars Palestinians from 60% of the Palestinian West Bank, depriving them of access to farms and creating a deepening fiscal crisis.

This is the status quo that Mr. Romney feels he is boxed into accepting. The Palestinians just have to remain stateless, because if they established a state, it might make claims on Israel proper, and might bring in arms, and attack Israel.

Therefore, the Palestinians must be kept in an almost slave-like state of no citizenship rights. Romney seems not to know that the PLO recognized Israel or that many Palestinian officials have been praised by Israel’s security forces as good partners, such as Salam Fayad. Romney is reasoning from facts not in evidence. That the West Bank Palestinians would flood their own country with weapons and use them to attack nuclear Power, Israel, makes no sense to me.

Romney’s logic would have told against the Camp David peace process. Couldn’t the Egyptians have loaded up with missiles and hit Israel, once they had initially made peace?

But Romney’s hopes of kicking the Palestinians down the road are cruel and impractical. It is not right to keep the Palestinians of the Occupied Territories stateless forever, or to allow squatters to usurp their property.

From the 9/11 attacks to the embassy burnings of this past week, the US pays the price for supporting the subjection of the Palestinians in widespread hatred for it from the Muslim world.

And, the Israeli colonization of the Palestinian West Bank has not only made the two-state solution impossible (Romney is right, at least, about that). It has imperiled Israel, which certainly will increasingly be boycotted by the rest of the world for running an Apartheid state (actually much worse than old South Africa’s Apartheid).

It turns out that what Romney is kicking down the road is not a can. It is a live grenade.