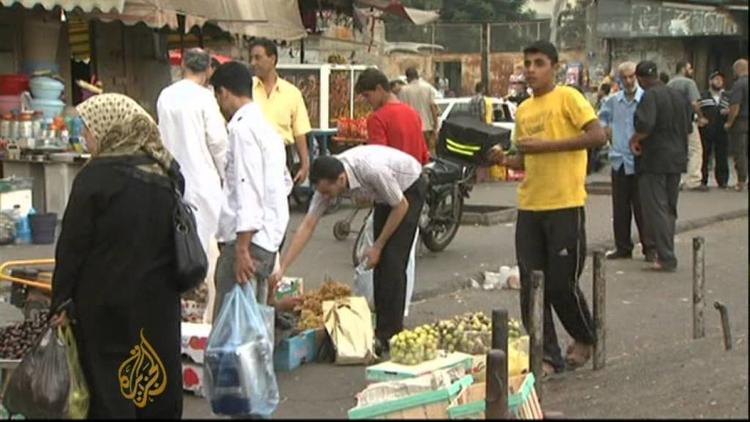 An Israeli human rights organization, Gisha, sued in Israeli courts to force the release of a planning document for ‘putting the Palestinians on a diet’ without risking the bad press of mass starvation, and the courts concurred. The document, produced by the Israeli army, appears to be a calculation of how to make sure, despite the Israeli blockade, that Palestinians got an average of 2279 calories a day, the basic need. But by planning on limiting the calories in that way, the Israeli military was actually plotting to keep Palestinians in Gaza (half of them children) permanently on the brink of malnutrition, what health professionals call “food insecurity”. And, it was foreseeable that sometimes they would slip into malnutrition, since not as many trucks were always let in every day as the Israeli army recommended (106 were recommended, but it was often less in the period 2007-2010). 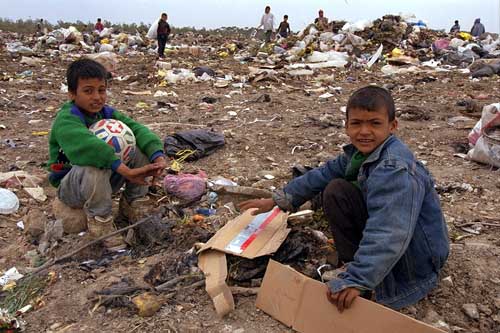 Planning for keeping people on the edge is nearly as bad as planning actually to starve them. A prudent person would know that a blockade is a blunt enough instrument, with shipments up and down in a given week, that such a policy would from time to time produce real misery. Were any physicians involved? They should be boycotted by the international community.

And, the Israeli army’s way of trying to minimize the document must be the worst example of propaganda in history! They are saying that the plan was produced but not consulted. But this document aimed at making sure just enough trucks got in to keep people on the edge. If the government didn’t consult it, does that mean it did not care if the food shipments slipped below the basic calorie allowance? Wouldn’t it have been better if they had known about the 106-truck recommendation?

The food blockade had real effects. About ten percent of Palestinian children in Gaza under 5 have had their growth stunted by malnutrition.

A UN Report out last month predicts that if Israel does not change its policies toward Gaza, the strip will be uninhabitable by 2020, when the population will likely be 2.1 million (think Houston). The deterioration of the water, and the sharp downward mobility of the Palestinians, are only some of the problems the territory will face.

Note that the Israeli government did not voluntarily cease its policy of keeping Palestinians on a diet in 2010. It was forced to by Turkish and European aid activists, and 9 people, one an American citizen, were martyred for this change when Israeli commandos illegally boarded a civilian, unarmed ship in international waters and shot it up.

In any case, there are other ways to starve out the people of Gaza than bluntly preventing food from coming in. Nobel-prize-winning economist Amartya Sen showed that the real cause of famines is not lack of food but that the price of the food rises above the ability of people to pay for it. By keeping Gaza on the edge of economic collapse, the Likud government has continued the food blockade by other means.

The Israeli members of Gisha, who are Mensches, care that their government is contributing in a systematic and deliberate way to damaging childrens’ health because of the way their parents voted in 2006! And they want to embarrass it into ceasing this illegal and inhumane treatment of people who are under Israeli military Occupation and protected from such measures by the Geneva Convention of 1949 (a convention on occupation designed to prevent a recurrence of the excesses and atrocities of the Fascist Powers in World War II, and which you would think an Israeli government would be embarrassed to contravene).

Aljazeera English has a video report, valuable because unlike CNN or other Western cable news channels, it actually interviews the Palestinians affected.

It is precisely because the Israeli blockade of Palestinian non-combatants in Gaza is considered creepy and evil not just by me but by any ethical person that a number of European members of parliament have boarded the aid ship Estelle, and will make another attempt to deliver food and other aid to Gaza, despite Israeli threats.

The blockade has medical as well as nutritional bad effects. Palestinians in Gaza have to get Israeli permission (!) to leave the strip for medical care. Palestinian hospitals, having been starved of funds and materiel by Israel, are dilapidated. A study published this month in The Lancet found that 10% of such requests were delayed or rejected by Israeli authorities (the rejection or delay rate for the Palestinian territories over all is nearly a fifth). Israel’s delays murdered 6 Palestinians in Gaza last year, as surely as though they had been taken out and shot twice behind the ear. How would you like to have to apply to an arbitrary foreign government for permission to go next door to a neighboring country for medical care? 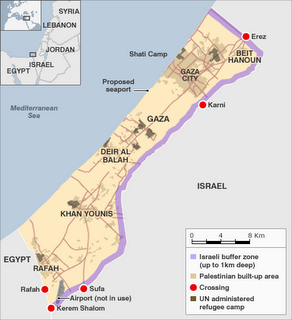 The Gaza Strip is a small expanse of land on the coast of the Mediterranean to Israel’s southeast, which also borders on Egypt’s Sinai Peninsula. Some 40% of its 1.7 million people are victims of Israel’s 1948 ethnic cleansing campaign, and many, having been chased off their farms and out of their homes by the military forces of the Yishuv (the Jewish settler community in British Mandate Palestine), still live, or their descendants do, in refugee camps. The territory was captured by Israel in 1967, and until 2005 Israelis were actually encouraged to colonize it. The Kadima government gave up on that enterprise, but did not let its Palestinian people go.

In January of 2006, Hamas won the elections for the Palestine Authority (it had been allowed to run at the insistence of Bush, who, however, backed down in a cowardly way from ‘democratization’ when the Israelis insisted that the outcome was unacceptable). The Bush administration and the Israeli government connived in staging a coup by Fateh in the West Bank. The coup failed in Gaza, where the elected Hamas government retained control.

From 2007, Israel imposed a blockade on the exports and imports of the Palestinians of the Gaza Strip. It vastly limited the number of trucks that were allowed in from Israel and disallowed most exports. Dov Weinglass, an aide to then Prime Minister Ariel Sharon, announced that the Palestinians would be ‘put on a diet.’ That is, the Israeli government had decided to wage economic and nutritional warfare against the Palestinians.

Obviously, allowing them to become malnourished would raise an outcry even in an international community that typically allows Israel’s settler colonialism to get away with murder toward the Palestinians. So the policy was to keep the Palestinians “food insecure.” That is, they wouldn’t be starved, but they’d be one step away from starving — if they lost a source of income, for instance.

Wikileaks revealed a US embassy cable that confirmed, “As part of their overall embargo plan against Gaza, Israeli officials have confirmed to [U.S. embassy economic officers] on multiple occasions that they intend to keep the Gazan economy on the brink of collapse without quite pushing it over the edge…”

Note that the cowardly US government went along with this policy of ruining the lives of civilian non-combatants as a way of trying to defeat the Hamas party-militia (five years later, I think we can safely pronounce the policy a failure).

The most horrible thing is that the Israelis, and the international community, have no long-term plans for Gaza. There is no light at the end of the tunnel. There is no vision for how this blockade of innocents will ever end. People pay lip service to a ‘two state solution,’ but everyone knows that Israel won’t allow the Palestinians to have a state! Although Qatar has just announced a multi-million-dollar aid program, it remains to be seen whether Israel will allow it. And, aid is secondary to the dignity of being citizens in a state, which is what Palestinians really need (the economic efflorescence would come from that statehood better than from outside charity). The people of Gaza are apparently to be kept in a large out-door concentration camp forever. Unless the world cares enough to rescue them from that fate.