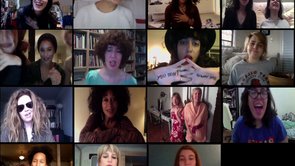 Given the rise of neo-patriarchy, especially in the Republican Party, which keeps trying to control women’s bodies and put women in their (subordinate place), Lesley Gore has issued a public service announcement to the tune of her 1964 hit single, “You don’t Own Me.” The song went to no. 2 at the Billboard charts, just behind the Beatles’ “I want to hold your Hand.”

The video notes Republican plans to overturn Roe v. Wade, to defund Planned Parenthood, and in general to hurt institutions that support women’s well-being and choice.

Middle East Trivia: The mid-1960s French version of “You Don’t Own Me,” “Je ne sais plus,” was sung both by Gore and the Egyptian-born artist Dalida, a major figure in Egyptian and French popular music.